The Australian dollar spent the first part of the morning dribbling lower on the back of just a bit of USD strength. Once the Reserve Bank of Australia September meeting minutes were published, however, AUD/USD began a quick track higher, popping above 0.7300 in the space of about 20 minutes and to a high just over 0.7310. Moments after the high the data from China was released, showing industrial production, retail sales, and fixed investment (the three headline items of the 'activity data' for the month) all beat median consensus estimates. The RBA minutes did not contain much to prompt the AUD move, IMO, but the China data is a different story - it was supportive indeed. Of course, the chronology is wrong but maybe the China data was already out in someone's hands? Just putting it out there, based on this is not the first time such events have played out. OK enough of that ....

Earlier on during the session were UK House of Commons votes related to the bill to allow the UK to renege on its commitments in the withdrawal agreement with the EU. There were two votes, both were wins for UK PM Boris Johnson but do note there is further voting to be done on the bill in the days ahead, so it is not yet a done deal. GBP had some (very) minor movement into and over the votes and as I update is a bit of a straggler on the session - cable tracked as low as circa 1.2815 before its recovery to around 1.2840 as I update.

EUR, CHF, CAD, NZD are all up just a little against the USD net for the day so far here.

USD/JPY is barely changed at all.

Also from China today in addition to the data already mentioned: 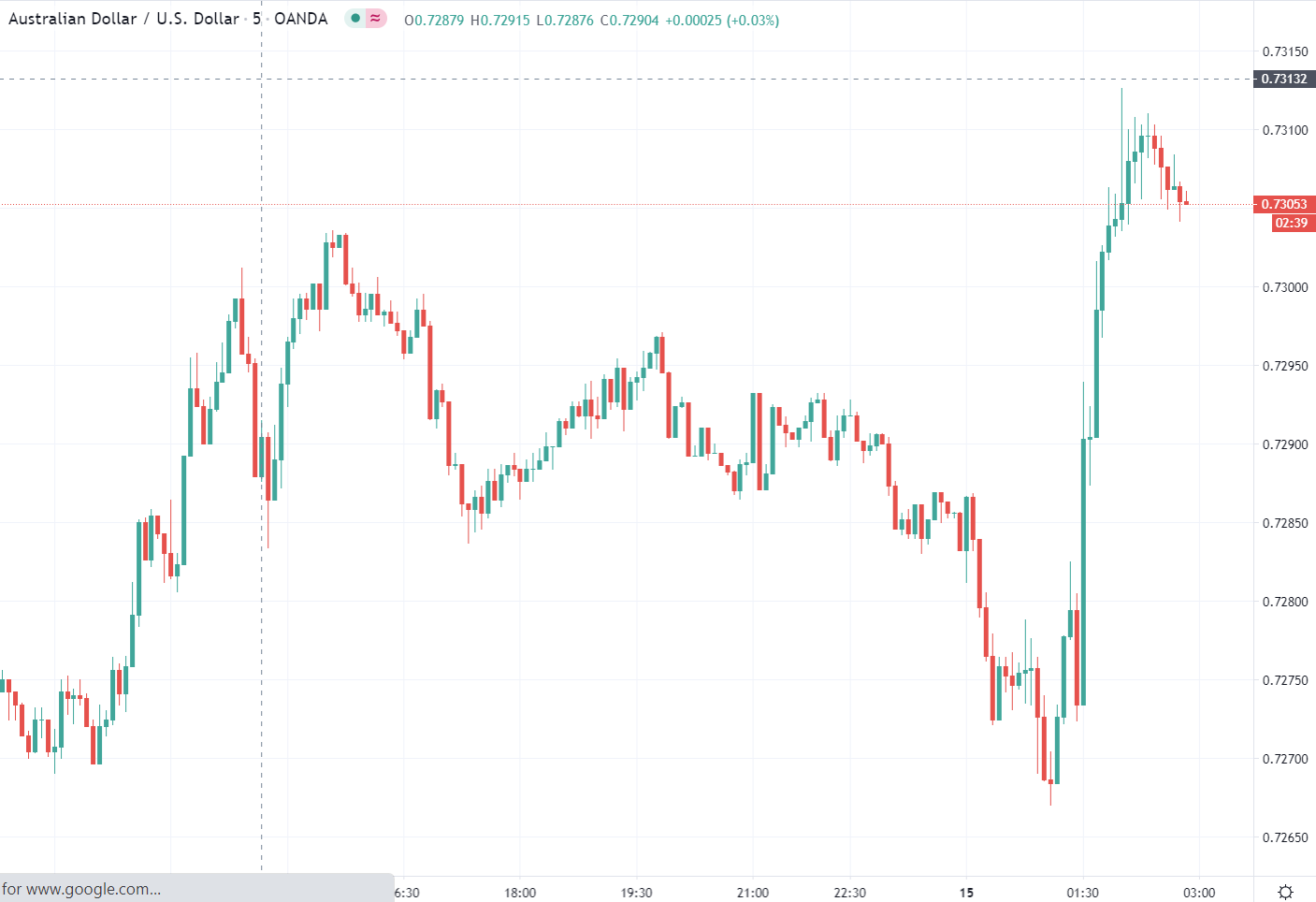