It was a quiet session for the most part as risk sentiment kept calmer early on but as we get in the final half-hour, we are starting to see the jitters and nerves creep back in.

European equities had a poor start, having to play catch up to Wall Street losses yesterday but the downdraft extended as risk appetite struggled during the session.

S&P 500 futures traded up by 0.5% only to be up by 0.1% now while Nasdaq futures turn negative and we're even seeing Treasury yields pare most of its advance from earlier, with 10-year yields even tracking lower now ahead of US trading.

In FX, things were more mixed as the dollar traded little changed mostly early on with USD/JPY trading up to 113.30 only to fall back to 112.80 now as the market is starting to look a little more nervous.

Elsewhere, oil remains a key focus as OPEC+ decides on its output policy today but sentiment hasn't been too favourable as WTI crude slipped from $67 earlier to near $65 now amid headlines that OPEC+ may stick with its existing output policy instead.

Every day so far this week has seen losses for the USD and a bid for 'risk' emerge during Asia morning trade. Today is no different. US equity index futures have ticked higher, ES is up by over half a percent as I post, admittedly small potatoes after the thrashing US stocks received into the local cash close on Wednesday.

Over in FX, the dollar is lower with EUR, GBP up notably as are AUD, CAD and NZD to a lesser extent. USD/JPY has inched higher which has given, of course, a tailwind to yen crosses here. USD/CHF, on the other hand, has lost (a little) ground.

[UPDATE (half an hour after publishing the wrap) ... there is a degree of a turnaround in the USD, its recovered much of its earlier losses.]

There was no news of a game-changing nature but there were slight easings of Omicron-related flight restrictions from France and Japan (see bullets above). An internal border in Australia has tightened a touch.

From the Federal Reserve we heard from Cleveland President Loretta Mester, who was quick to approve of potential quicker tapering and even said two hikes could be coming in the new year.

Not just in Soweto: 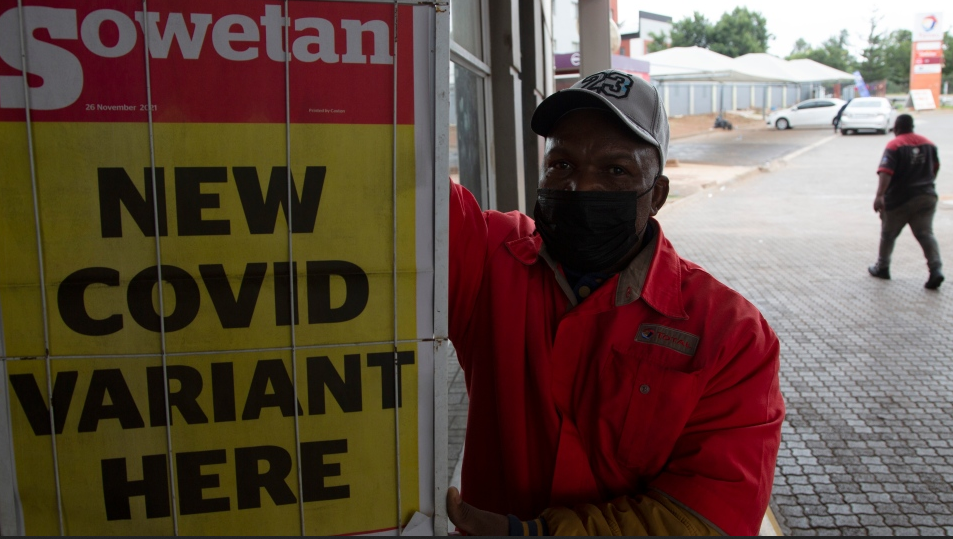 The US stocks opened higher and continued the corrective move higher (after yesterday's sharp declines) as Chair Powell and Treasury Secretary Yellen progressed with their 2nd day testimony on Capitol Hill. This time the pair was speaking to the the House Financial Services Committee.  Highs in the major indices were made during their testimony with the major indices showing gains of 1.51% for the Dow, 1.89% for the S&P and 1.8% for the NASDAQ in New York morning trading.

Although stocks started to give up gains in the early afternoon after the testimony was over, the markets got a jolt from a headline that the first omicron case was diagnosed in the US (in the San Francisco area). Although the person had mild symptoms and was quarantined without spread to those in contact, the selling intensified especially in the NASDAQ index, sending that index into the red. Later on, the S&P index and Dow industrial average joined the NASDAQ index in negative territory.

If the story plays out like the other chapters in the covid book, the fears will be overblown. Those who are unvaccinated will have the greatest risk. However, the shutting down option is likely not in the cards.  CDCs Fauci tried to allay fears and encourage more vaccinations, but stocks markets were not listening.

In addition to equities moving lower, crude oil prices also turned from positive to negative trading back down below $66. Yesterday the low reach $64.43. Today the afternoon low extended down to $64.84. The high price for the day reached $69.49. The good news for crude oil is that it is down some 24% from its high reached on October 25. Although the declines have yet to make it to the pump, and concerns will remain with regard to what comes out of the OPEC meeting tomorrow, there should be some inflationary easing from the recent declines.

In the forex market, the JPY is ending the day is the strongest of the majors on flight to safety flows. The USD which was negative early in the day, is more positive at the close. The CAD and AUD are ending as the weakest of the major currencies.

In the US debt market, the two year yield is closing up about 2.5 basis points while the tenure yield and 30 year yields are both trading lower by -3.7 and -4.3 basis point respectively. The yield curve continue to flatten with the 2 - 10 year spread coming into 85.3 basis points.

It was a positive session for risk trades as the market brushed aside worries on the omicron variant, after having seen a more hawkish take by Fed chair Powell yesterday.

European indices started off with modest gains before pushing up to around 1.2% to 1.8% while US futures gradually crept higher to stick around gains of over 1%.

That is helping to see commodity currencies keep more buoyed even if gains were not stretching all too much against the dollar, with the greenback also arguably finding some support from Powell's hawkishness in trading yesterday.

Meanwhile, USD/CAD is down slightly around 1.2740-50 levels while AUD/USD and NZD/USD are building on a bounce from the August lows yesterday as both pairs have erased their post-Powell drop for the most part.

Elsewhere, oil was a notable gainer after suffering its worst month this year in November. WTI is up over 4% on the day to above $69 as bargain hunters swoop in before the focus switches to OPEC+ in the next few days.

More session wraps for your convenience.