When to hold trades over the weekend? 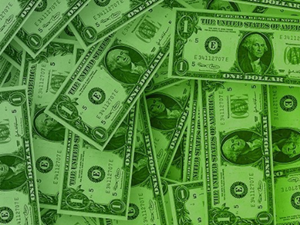 Will Covid-19 cause the global decline of the US dollar?

What is next for the greenback? The dollar index has now returned to the June low, losing 1.4% since the beginning of the month against a basket of the most popular world currencies. Stable growth against the dollar is shown by the pound, which rose to 1.2630 on Thursday morning, for the fifth consecutive trading session. The single currency meanwhile is in the area of 1.1360, which is one step from the important resistance level of 1.1400. The pressure on the dollar is explained by a moderate recovery in demand for risk assets. Outside the U.S., many large economies are witnessing improved business activity, while consumers are returning to stores. This means that financial assets in these countries are becoming more attractive, and central banks can at least take a pause in policy easing. Data on orders for machinery and equipment in Japan and producer prices in China, published this morning, were better than expected. This is a signal that factories in the region feel confident for the future. In contrast, Fed officials are increasingly doubtful about the sustainability of the economic recovery. FOMC members Rosengren and Barkin are concerned by "empty pockets" of the U.S. economy: businesses have fulfilled orders but are not receiving new ones, and the period of special benefits for the unemployed is ending. The Fed's attention to this problem is interpreted by markets as a willingness to further increase asset purchase programs on its balance sheet. This policy undermines the position of the dollar, whose "supply" is increasing. It is also important that the Americans continued to pay their debts in May. For the U.S., lending is often the main driver of growth, and a decline in credit activity can stall it even if the situation is other sectors is quite favorable. It is worth noting that this is a complete reversal of the situation compared to previous years, when the U.S. economy accelerated much faster than Europe, in contrast to the slowdown in China. At that time, it supported the dollar and allowed the Fed to raise the interest rate when others could not. This could become a long-term trend, forcing the dollar to offset the gains of the last six years, leaving the potential for it to decline by 20% in the next few years. However, the situation around the coronavirus may compensate for the pessimistic forecasts for the dollar. Yesterday the number of new infections in the U.S. exceeded 60K- a new one-day record. Cities in Australia and Tokyo, where restrictive measures are returning, also set their daily records on the number of detected infections. So far it has not disturbed the markets, but it is a very fragile situation. The return of restrictions for economies, especially for the U.S., could revive demand for the dollar among market participants in an attempt to reduce investment in risky assets. This article was submitted by Alex Kuptsikevich from The FxPro Analyst Team. 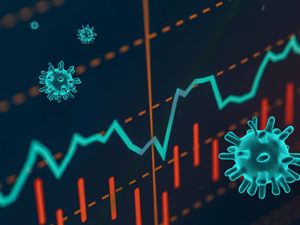 Light at the end of the tunnel or approaching crisis?

An overview of the current market situation The world is no longer on the threshold of a pandemic. It has almost passed it. Despite the growing number of new cases in the United States and several countries in South America, the coronavirus is slowly but surely waning. Nevertheless, the coronavirus has been raging on for four months, delivering a harsh blow on the global economy. Luckily, it is on its way to recovery, yet the side effects of the virus or better to say consequences will not allow the world's economy to get back on track in the nearest future. During four months of the pandemic, entire sectors of the economy have been experiencing a downturn. For instance, HoReCa (hotels, restaurants, and cafes) have stayed closed in almost every part of the globe for several months. Curiously enough, if a single link of the chain falls out, the whole chain collapses in an instant. When HoReCa suspended its activity, the service sector suppliers such as beer producers (kegs), the food industry, and other similar enterprises faced serious difficulties. Hand tools manufacturing, e.g. screwdrivers, has been put on hold all over the world due to the shortage of components. The lack of even one component could lead to the shutdown of a car plant for a particular market. In the globalization era, markets are interdependent and a disruption in one of their sectors may trigger an upheaval. Notably, this is what exactly happened when the coronavirus came. All those factors had a negative impact on the stock market whose prospects worsened significantly in 2020. Now investors are trying to guess what securities are more resilient to market jitters or at least which ones are likely to return to the levels set in winter. Currently, when the peak of the crisis has passed, it is almost impossible to predict the future of the world stock market. Besides, analysts have not even calculated the intermediate consequences yet. Without this data, economists are unable to foresee the moment when the global economy will breathe with relief after its prolonged illness. Despite some bold statements of a number of experts saying that the era of globalization has gone and the era of regional protectionism will begin soon, many experts think that these are rather romantic assumptions than real facts. Apparently, after the pandemic, the strong will consume the weak. Now the difference between those who survived the corona crisis without symptoms and those who are still dealing with the consequences is enormous. What is more, the financial rehabilitation in the post-crisis period will take up at least one and a half or two years. It is more than enough time for more resilient companies to absorb the weak ones. This is exactly how globalization works. Therefore, the global corporate sector has literally turned a minefield for investors for the time being. For this reason, many experts point out that presently the currency market is like a safe-haven territory for private investment. Besides, traders can earn money there when the rest of the world is dealing with liquidity. The currency market is immune to global perturbations. No matter what is happening in the world, speculators can make a profit either on ups and downs in the Forex market. Moreover, if there is some grain of truth in the statement that the era of globalization is over, then we will see the heyday of emerging-market and second-tier currencies. Brokers have already recorded a noticeable flow of private investment capital from the stock market to the currency market. Now we can clearly say why. Apart from the advantages mentioned above, the currency market is much easier to comprehend. It is less vulnerable to speculation of the main asset holders (with corporate securities, anyone can do whatever they want with more than 5% of the total issue). In fact, Forex is a certain constant. Moreover, this market is immune to any market turmoil, as it got vaccinated at its very establishment at the Bretton Woods Conference. The material was prepared by InstaForex Group For bank trade ideas, check out eFX Plus

Expect the unexpected in trading

Expect the unexpected Looking to trade?Checkout ForexSource.co to learn more.

Why are the CHF and the JPY considered safe havens?

CHF and JPY safe haven status Looking to trade the JPY and the CHF? Checkout ForexSource.co to learn more.

Save your spot today Sign up here to attend the live online event on July 28 For bank trade ideas, check out eFX Plus 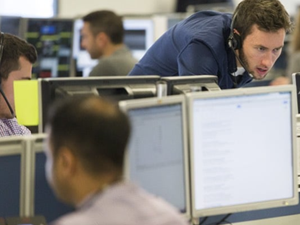 How can a trader save on their trading costs?

An overview of the costs associated with trading Many traders forget the fact that becoming a trader does not always mean a stash of cash. They blatantly ignore the brokerage fees, commissions and other expenses that accompany opening trading accounts as well as punctuate the investor experience. The truth is, you can't avoid brokerage fees and commissions. They are part and parcel of the trading industry. What can be achieved is balancing these fees and ensuring as a trader you are educated about investments you have made and ensure your profits aren't eaten up by such costs. What fees are out there? Prior to cutting on costs, its integral to understand what fees are charged and how they vary from broker to broker. There is also a forex spread calculator that does the work factoring in below. Brokerage Fees A brokerage fee is the most common charge seen not only across the financial industry, but seemingly across all organisations that manage and facilitate assets on behalf of others. This fee is charged mostly for maintenance of a customers account, some brokers charge a percentage of the funds held in the trading account whilst others might charge a flat fee. Commissions Many brokers charge their clients commissions in order to use the services and platforms they provide. The commissions charged on trades can vary depending on the broker. Brokerage firms will generally charge commissions upon execution of an order. An example of a commission is as follows: Commission on a US share is 3 US cents, this is subject to a commission charged at a minimum of $10 USD. So, 1000-unit trade in a company at the price of $90 incurs a commission of: $30 based on the following calculation: 1000 (units) x $0.03 (commission charged) = $30 USD. If the trade was for only 200 units, the commission charged would be $6 USD. However, because the minimum amount of commission charged stands at $10, the full charge will be applied. Commission charged by brokers also varies on the currency being traded. The way brokerage firms calculating how to charge fees, is to their discretion. Some might charge low commissions as the level of support provided is not high relative to their competitors. The question then becomes, how does one keep their expenses down? New brokerage firms have adopted the approach of reducing commissions and brokerage fees, on the basis that it is a mechanism that allows them to attract new traders. This might be an innovative way in reducing fees. Another pathway traders can take in order to ascertain what broker is the right fit for their trading habits is by understanding exactly what the different fees mean and how they operate. By doing so, traders will be able to tailor their habits to the broker which matches them the best, whilst acknowledging that the fees they pay are appropriate and suited to the investment strategy. A glossary on the types of fees that brokers charge can be found on the various broker websites such as Wikipedia. This article was submitted by Compare Forex Brokers. For bank trade ideas, check out eFX Plus

The difference between ADR and pivot points