Coronavirus vaccine developments are the driver of market sentiment and moves at present but for GBP we also have Brexit-related headlines. Today's for Asia was news in the UK Times that the EU fears that deadlines will not be met for negotiations to reach an agreement and this is endangering business planning - there is a need for contingency measures should a 'no-deal' exit be the result (see bullets above for more).

Major currencies, too, lost ground against a better bid USD, pretty much across the board with lower for EUR, AUD, NZD, CAD yen and CHF. However, as I post there has been some recovery (results vary by currency).

There was an absence of any new coronavirus news, Japan is conducting meetings to discuss a response to a resurgence in cases in the country. John Hopkins University data reported the US had surpassed a death toll of 250,000 on Wednesday. President-elect Biden is still not receiving briefings which will further endanger lives in the global epicentre of infection.

On the data front the focus was the Australian employment report with showed a huge beat on expectations with a job boost of +178,000 in October, and an unemployment rate (small) beat of 7.0%. See the bullets above for more, but the long story short is Australia is still a long way from recovering all the jobs lost but at least today's data was in the right direction. The data gave AUD/USD a small blip up upon release but as I update its little changed from going into the release.

Couple of other items to note briefly: 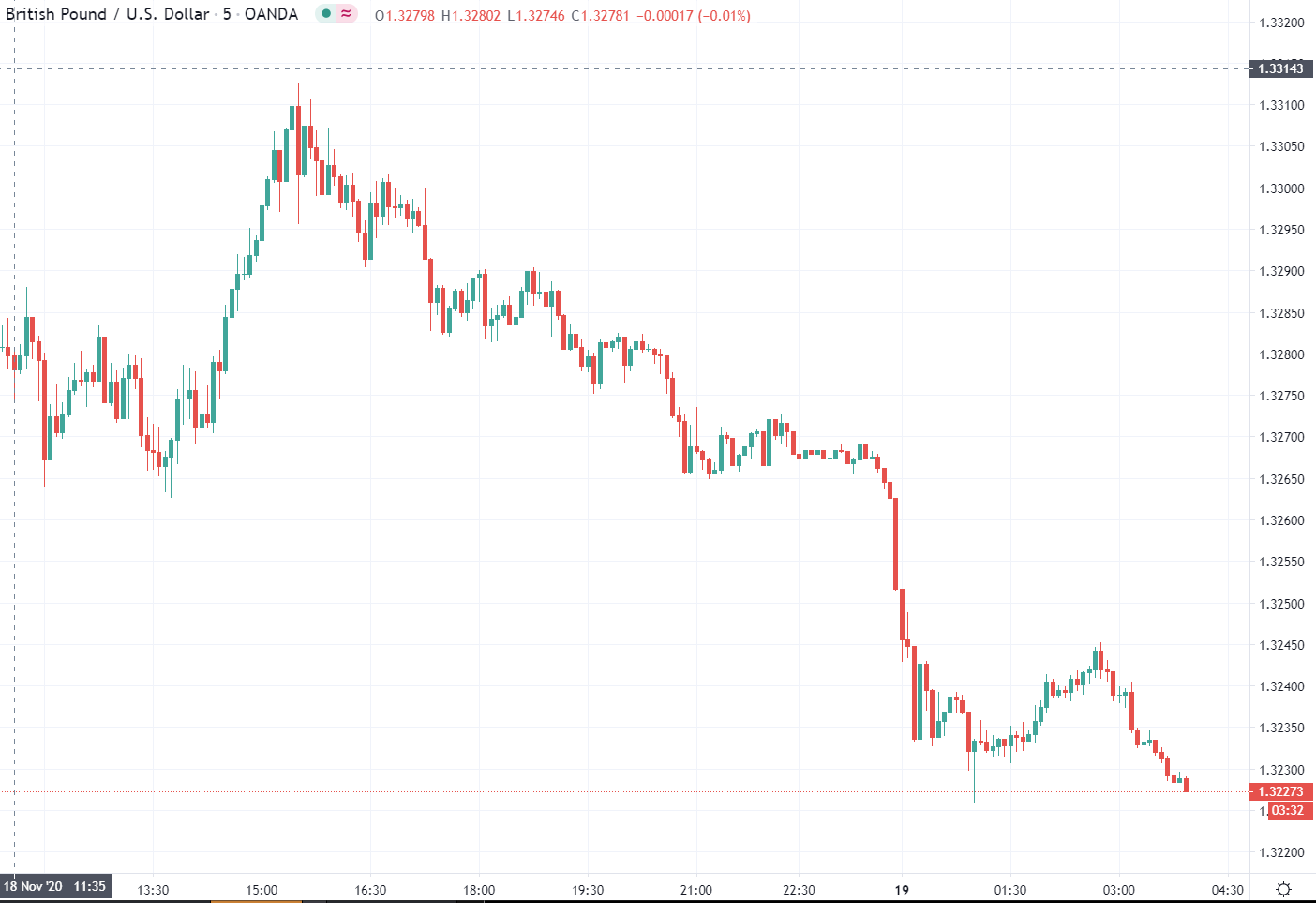