After falling on Friday the US dollar lost a little more ground here in Asia to open the week. The weekend brought no let up in the trade war with China and Mexico. News also hit the White House had considered tariffs on Australia! As the socialists in the White House gain the upper hand with protectionist measures another economic adviser bailed out - White House Council of Economic Advisers Chairman Kevin Hassett will be leaving shortly. How much longer before Mnuchin and Kudlow do the same?

As noted, the impact has been a drip lower for the USD. GBP, EUR, AUD, NZD, CAD, yen, CHF all gained against the dollar. EUR/CHF hits its lowest since July of 2017.

Data today was on the weaker side. The Japanese manufacturing PMI dropped into contraction, the South Korean many PMI showed activity slowing at its sharpest in 3 months.

Bitcoin gained over the weekend (chart from earlier, image upload the moment) 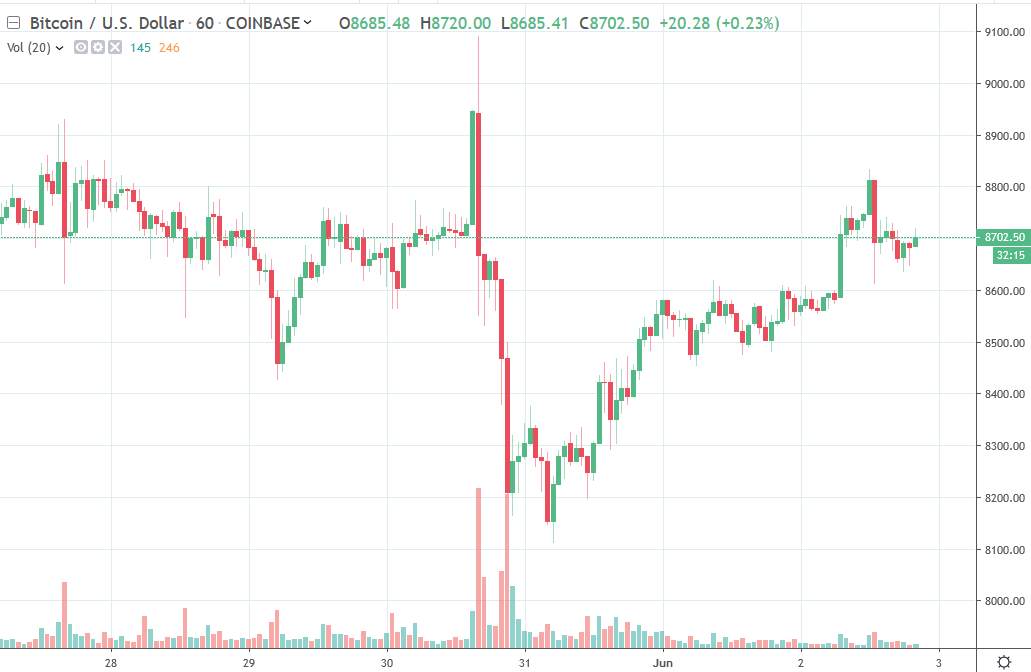