Bitcoin continues to follow the clues from the hourly MAs

Looking at the hourly chart of bitcoin on the Coinbase exchange is showing up and down price action, but also some respect to the 100 hour MA. 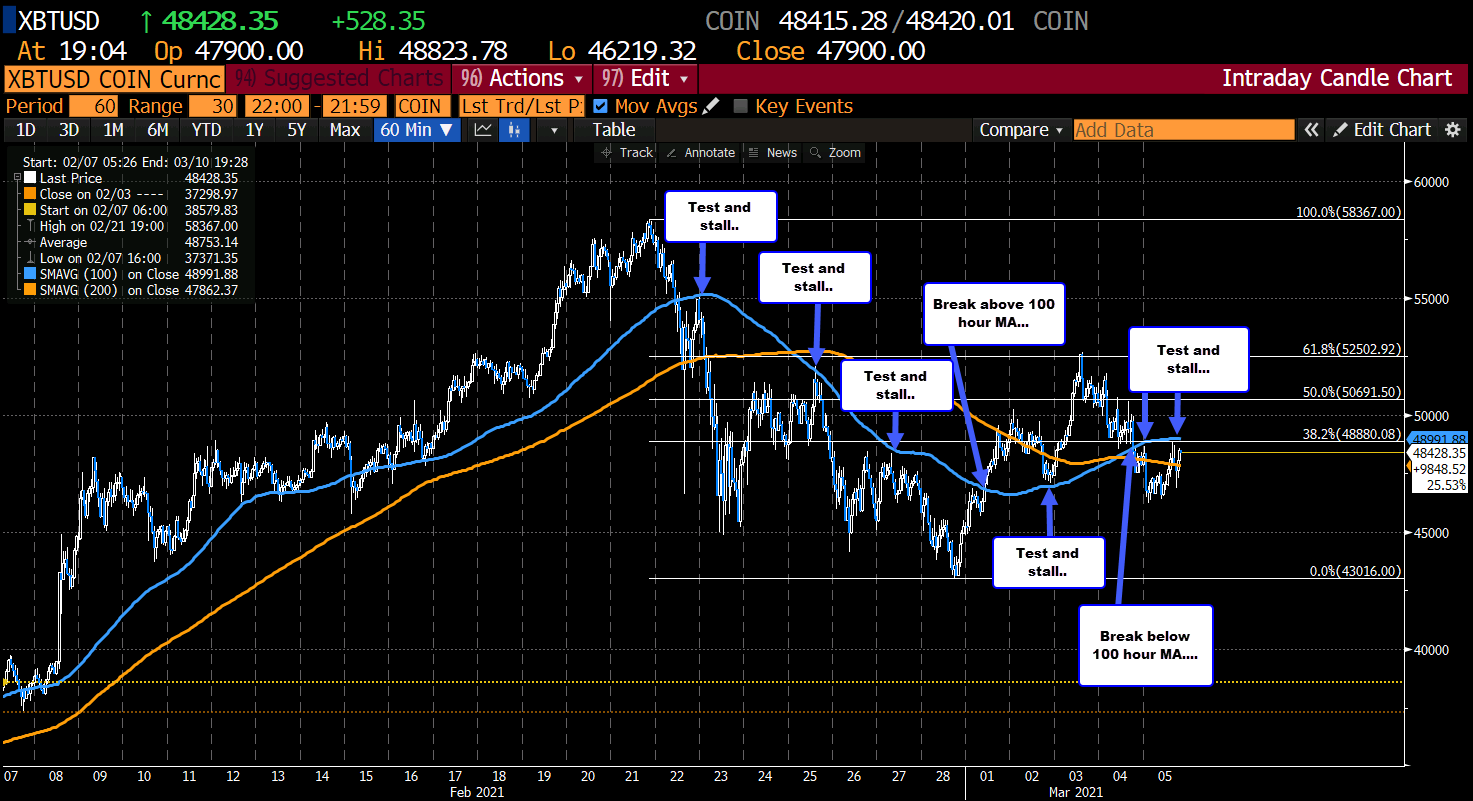 Going back to February 23, the price action has seen some ups and downs, but the MA provided the bias clues.
On the way down from the Feb 23 high where the price tested the 100 hour MA and found sellers, there were two other tests and stalls where sellers leaned.
Finally on March 1, the price broke above the 100 hour moving average and then retested it again on March 3 before heading to the highs for the week near the 61.8% retracement of the move down from the February 22 high at $52,502.92.
The subsequent fall, initially found support buyers near the 100 and 200 hour moving averages, but then the price fell below and during trading today, the moving average has been tested twice with sellers leaning against the level on each occasion.
So if the pattern continues, we should see the sellers more in control as long as he price to remain below the moving average. If it moves back above, all bets are off for the sellers. The buyers assume control once again.
Looking back over the last seven days, the low for the week occurred on Sunday at $43,016. The high for the week reached $52,666 on Wednesday.