Bitcoin moves to highest level since November on Facebook news 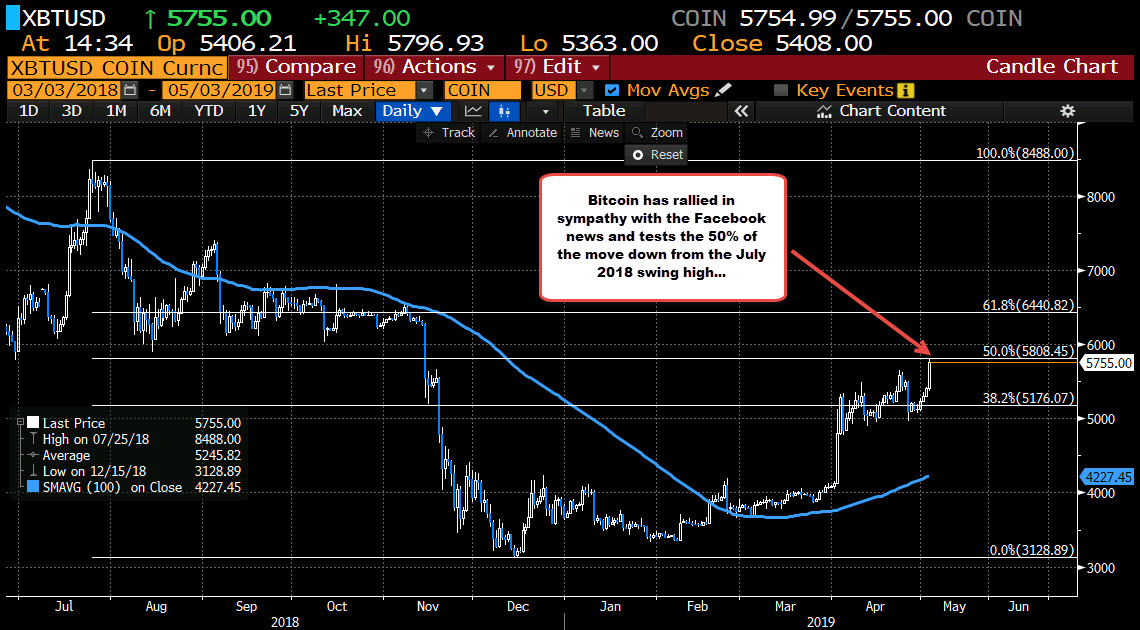 The catalyst is a report that Facebook is building a crypto currency – based payment system using its own digital coin.   If successful it would be the most mainstream application yet of crypto currency.  That news has helped to drag up Bitcoin in the process.
Technically the price is up testintg the 50% midpoint of the move down from the July 25 high at $5808.45.
I don't know (and maybe I just don't know enough), but Facebook is under intense regulatory pressure for privacy concerns. It now wants to open up its platform user base (which are already being accused of influencing global elections), to goods exchange with payment from am unregulated Facebook currency.
I gotta think that might not be looked on favourably by countries governments looking to monitor taxes on ecommerce?  Moreover, their initiative to move toward a more messenger style with private groups platoform, all sounds like a breeding ground for the bad in the world to sell goods using a digital currency - the Facebook digital currency.
Facebook is already under the microscope for privacy concerns, is this now going to agitate governments and regulators even more? They are already in the "frying pan". Are they now asking to now step into the fire?