The law firm representing users of bankrupt cryptocurrency exchange QuadrigaCX is asking the Canadian police to exhume the body of the company's deceased founder, Gerald Cotten, and conduct an autopsy.
Cotten died in India shortly after drafting a will. After his death it was revealed that the exchange was a fraud and around $182 million of client funds was missing.

The purpose of this letter is to request, on behalf of the Affected Users, that the Royal Canadian Mounted Police(the "RCMP"), conduct an exhumation and post-mortem autopsy on the body of Gerald Cotten to confirm both its identity and the cause of death given the questionable circumstances surrounding Mr. Cotten's death and the significant losses of Affected Users. 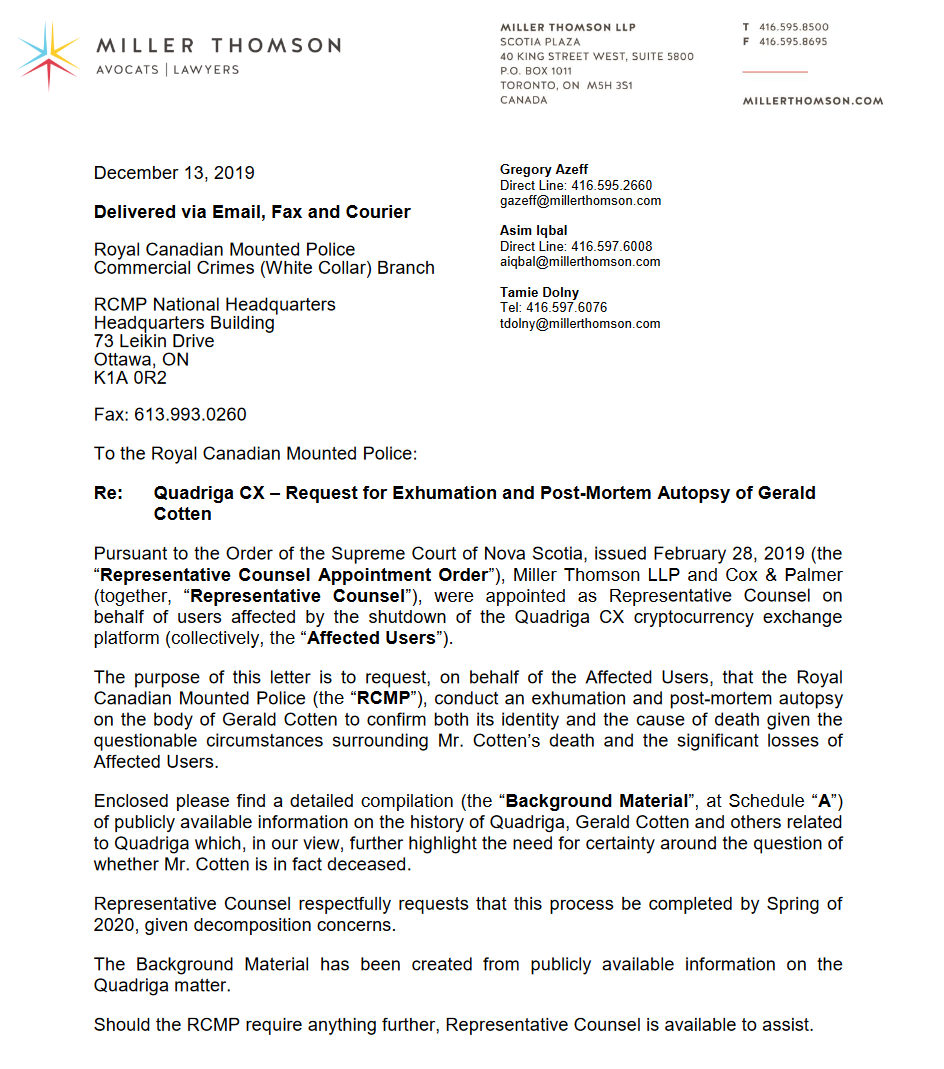