North Korea hosted a blockchain and cryptocurrency conference in April. The country is developing its own digital currency..

Alejandro Cao de Benos is the official in charge of North Korea's cryptocurrency conferences, and a special delegate for the Committee for Cultural Relations for the Democratic People's Republic of Korea (DPRK).
Link here for more 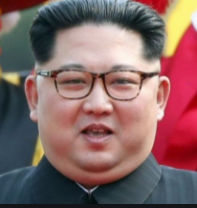