Euro hits 1.19 after Lagarde goes easy on the FX jawboning 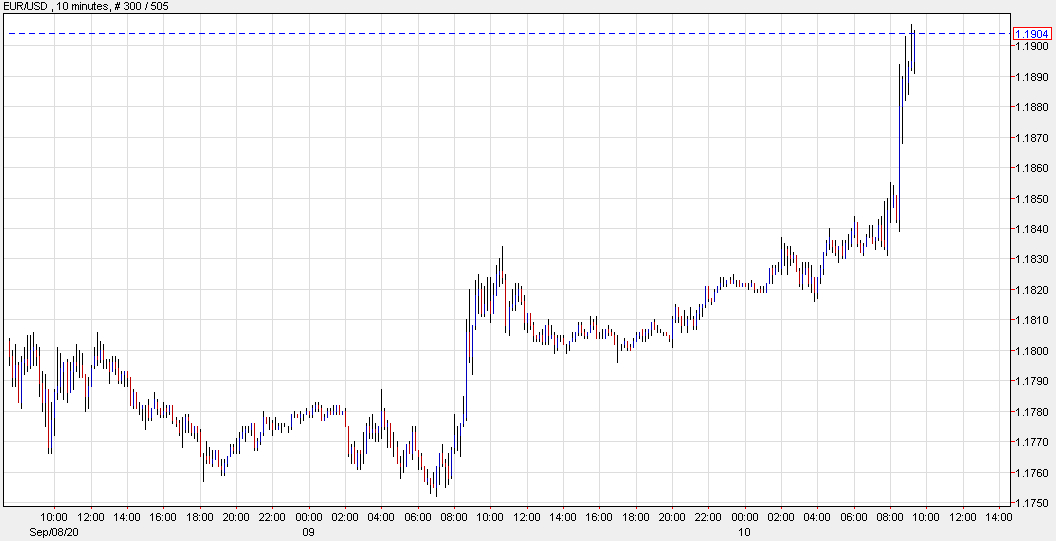 The euro backed off from 1.20 last week after ECB chief economist Lane raised some red flags about the currency but Lagarde offered no hint the central bank would do anything about it.
She highlighted that they're monitoring the currency and discussed it extensively but there was no indication of anything close to action. At the same time, she was more upbeat on the economy and recovery from the virus.
The big move in the euro to 1.1891 from 1.1850 came on the initial headline that the ECB doesn't target the exchange rate. From there it's been a slow grind to as high as 1.1907. Oftentimes there is a secondary move after the press conference ends, so watch for that.