Fox reports that yes,Chinese Trade Team will leave after one day of talks on Thursday

So, SCMP and Fox both the same report. This the first report from Hong Kong:
White House denies it, this from a few minutes ago.
And now the latest is from Fox, concurring with the SCMP report earlier:
If you are new to financial markets and perhaps a bit bewildered by this flurry of conflicting reports, welcome aboard.
A look at the reisk barometer AUD/JPY.
Numbers are the reports as they hit, 1 2 and 3.  Roughly. 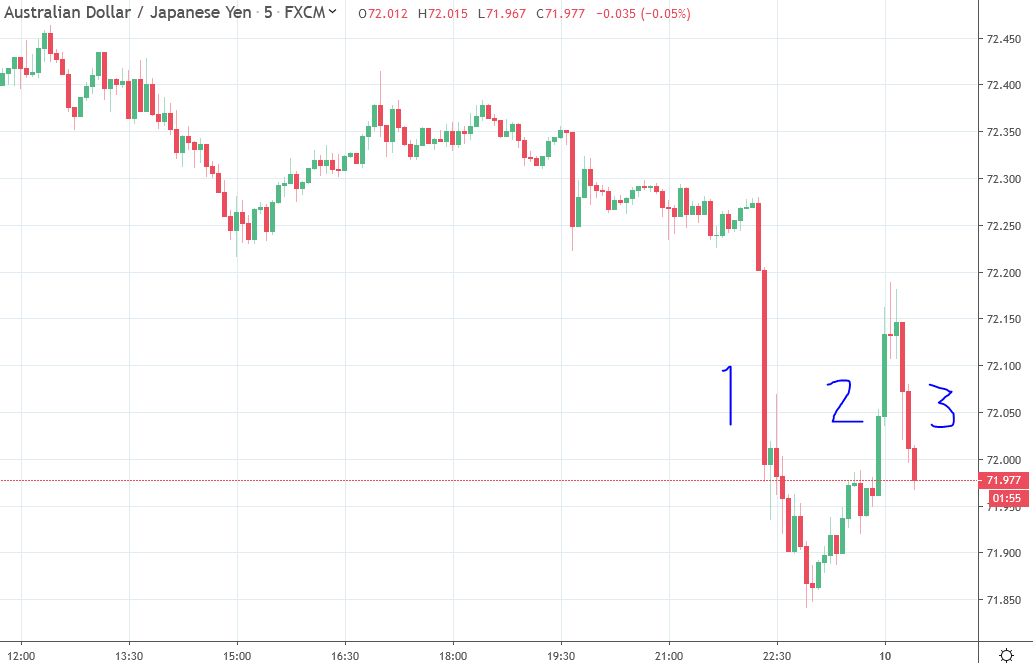