Initial exit polls reported by Reuters a short while ago, also noting an extremely low turnout helping the PM’s cause

If the number is 317, it would mean the coalition has the power to override any bill that the Upper House rejects and pass it into a law. Anything above 326 would mean the ruling bloc has added to the number of seats they held when the Lower House was dissolved for election earlier this month.

Should the 327 seat projections become a reality later then we should see yen selling initially at least on a relief rally basis for yen pairs, but as Ryan and Eamonn have also highlighted we do not know how much is factored in already. The last few days of trading saw some decent/intensified volatility and we can expect more of the same later.

The expected LDP-coalition victory could make it easier for Abe to be re-elected in a party leadership race next September and aside from local elections in April, his coalition will probably not need to face voters until a 2016 election for the Upper House, where the LDP and the Komeito party now hold a majority.

Abe, his government and the BOJ still have an awful lot of work to do and the low turnout means that he truthfully can not claim to have the consent of the people on sales tax policy or Abenomics in general. 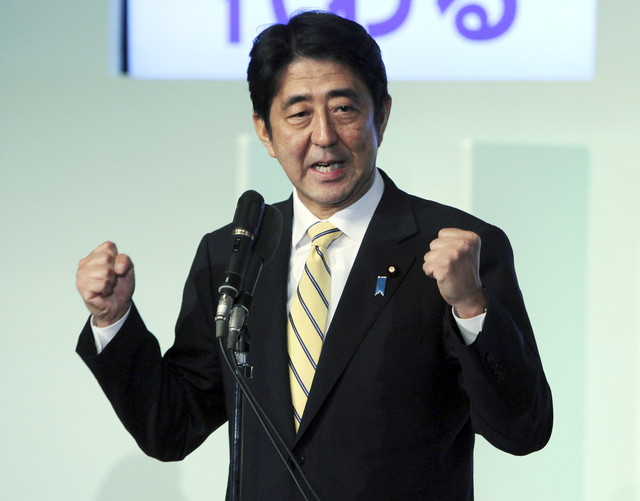 Abe – Heading for a vote of relative confidence. But for how long?