US-China trade deal: We've been here before, but is this time different? 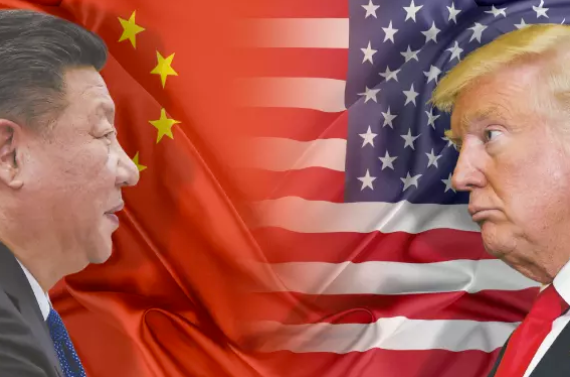 ForexLive
I will be the first to admit that I've basically lost count on how many times we have actually been "close" to some form of a trade deal between the US and China over the course of this year. So, forgive me for being skeptical about the latest headline today (⬆️).
That said, markets have turned from risk-off to risk-on the report as trade hopes continue to fuel investors' appetite as we look to close out the year. The key question though, are things different this time around?
It's still tough to gauge that but given how both sides could do with a ceasefire and something to brag about, we could see some form of compromise in this "Phase One" deal.
However, don't expect the deal to be one that materially changes the landscape of the trade dispute between both countries. It is merely acting as a symbolic gesture to temporarily serve each other's agenda more than anything else.

What is going to be in the deal?

If we do see one, it will involve China purchasing more agricultural products from the US as well as some vague promises on opening up its economy and taking action on IP theft.
On the US' side of things, it will involve scraping the 15 December tariffs as well as rolling back some other tariffs previously enacted.
Those are the main issues to be focusing on when looking at the details of the deal.

What are the stumbling blocks preventing a deal now?

Yesterday, all of the above (i.e. agricultural purchases commitment and scale of tariffs rollback) were the sticking points that both sides could not agree on.
Today, those are still the same issues remaining despite what the report earlier hinted. The language said that both sides are "moving closer" to resolving the differences but as mentioned earlier, how many times in the past have we been "close" to a deal?
Yet, look where we are now. Basically running around in circles.

So, what happens now?

I want to say that risk trades are getting ahead of themselves and if there is no follow through commentary, we will see pessimism start to creep in back again. This isn't the first time markets reacted in such a manner and it arguably may not be the last.
However, just be wary of more headlines that could mess up the picture between now and 15 December - the deadline for the next set of tariffs.
A deal may yet potentially come and risk assets may cheer such news when it is announced but really, does it make a difference in the big picture?

A "Phase One" deal does not matter in the long-run

As mentioned above, the deal is merely a symbolic gesture indicating a ceasefire between both countries. Sure, both sides are giving up a little something but they are not taking away their main threats in the arsenal in the course of this war.
China isn't giving up anything material in terms of more structural issues and the US will still maintain that they will draw up more tariffs if China doesn't follow through.
As such, the contents of the deal is basically hollow as both sides could easily revert back to a "fighting stance" and we go back to square one again.
The deal is mainly to give Trump something to shout about in his election next year and to give China a bit of breathing room in dealing with economic challenges in the year ahead.
Beyond that, US-China tensions will continue to brew as seen with recent issues involving Hong Kong and Xinjiang over the past few weeks - among other things.
Once markets start to realise that and the fact that it won't provide a lasting reprieve to the global economy, it could very well hit hard on risk assets.
In fact, we may even see a 'buy the rumour, sell the fact' play on the deal itself as the details could very well disappoint market expectations - which I would say remains rather optimistic considering what is being priced in at the moment.