Abenomics architect says BOJ needs to do more, but probably not this week

The BOJ decision is Thursday 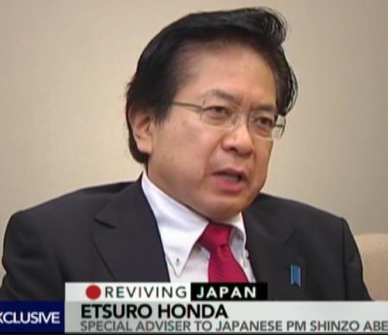 The big question this week is whether the Bank of Japan will unleash yet another volley of easing as they battle deflation and the suddenly-strong yen.

Abe adviser Etsuro Honda told the WSJ today that Kuroda might want to wait until June.

"As far as the very recent market situation is concerned, it would be an acceptable judgment to prefer to assess [the impact of the negative rates] for a little longer," he was quoted as saying.

He also cited the possibility of an unscheduled meeting in May if necessary.

Don't sleep on these comments from Honda. He correctly predicted the easing in January.

His reasoning is that it may be better to announce a delay in the sales tax, fresh fiscal spending and BOJ easing at the same time.

"I know it's hard to implement all three at the same time, but if we could do so with a relatively close timing...that could considerably affect the mind-set" of the public and rejuvenate inflation expectations, Mr. Honda said.

Note: These headlines first hit a few hours ago and I had a hard time tracking down the story. It's news but not breaking news.