The Atlanta Fed GDPNow forecast of fourth-quarter GDP growth remains unchanged at 1.8% from the last report earlier this week. In their own words:

The GDPNow model estimate for real GDP growth (seasonally adjusted annual rate) in the fourth quarter of 2019 is 1.8 percent on January 17, unchanged from January 16 after rounding. After this morning's housing starts report from the U.S. Census Bureau and industrial production release from the Federal Reserve Board of Governors, a decrease in the nowcast of fourth-quarter real personal consumption expenditures growth from 1.6 percent to 1.4 percent was partly offset by an increase in the nowcast of real residential investment growth from 4.3 percent to 5.5 percent.

The next report will be released on Tuesday, January 28 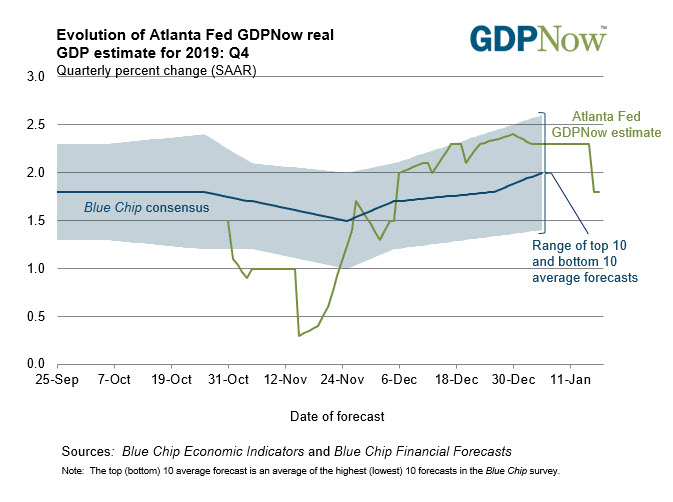 Earlier today the New York Fed weekly Nowcast estimate for 4Q GDP was moved up to 1.2% from 1.1% in the previous week.
ForexLive