Adam had this news earlier from the interview:
Further now, Headlines via Reuters:

Bolding above is mine. Powell's Fed has promised inflation will be allowed to rise above 2%, actual and not just the forecast, which indicates a looser attitude than in the past. The market is pricing hikes sooner than the Fed is indicating but BoA say tightening could be sharper than expected, as posted earlier: 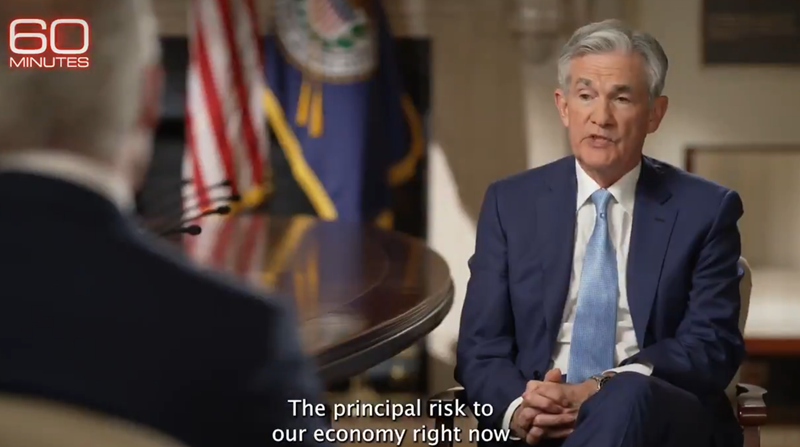