Great news from the FOMC but what's next?

Great news from the FOMC but...

Is this one small step for Janet and one giant leap for the economy?

Let us put a quarter point move into perspective. Firstly the FOMC were at the zero bound so a 25 basis point move still leaves the US a quarter point below the UK so not much will change here until we have seen at least one more move in the US. I am pleased that nothing has happened here yet as I have now officially won my bet with a member of the MPC. The bet was taken in May 2014 when it was suggested to me that UK rates will start to rise in January 2015. I said rates will still be 0.5% in 2016.

For some time now I have argued that all the main Central Banks should move rates up in concert to avoid undue volatility in exchange rates. Failing this it is the US who are the only Central Bank that can go it alone and we will follow once the US has played catch-up.

Hopefully this will be the beginning of a normalisation process that will see interest rates being pushed up by the Central Bank with a series of quarter point moves towards 4% but probably stalling around 2%. Is this good news? The answer is no in the short term and yes in the longer term.

Rebalancing the economy, which is long overdue, will have some good and bad effects for a year or more. Savers will start to return and get out of riskier investments that will no longer be providing them with the capital gains that were compensation for near zero savings rates. Some will of course be stung as they are too slow to move out of major asset classes like shares, bonds and speculative housing purchases. 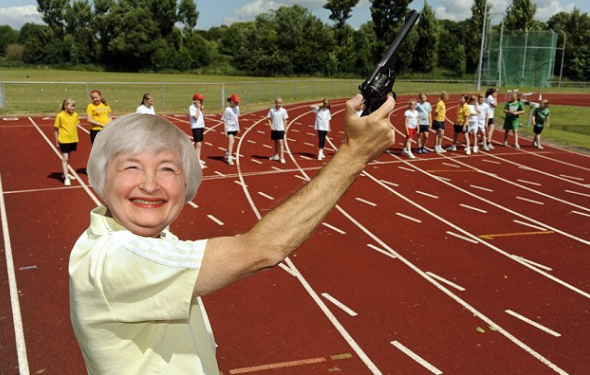 There is a simple inverse relationship between asset prices and interest rates and some of these asset classes are already on the way down as it now looks as if rising interest rates is actually going to happen. Major debtor classes will be hit as servicing their debt starts to rise. Property prices will start to fall which is bad news for those who have just taken out the mortgage, but good news for those who are waiting to get into this market.

Along with this disruption there will be blips in employment levels and growth rates and the Government`s struggle to service £1.6 trillion of National Debt will mean further cuts in almost all areas of government spending. Jobs will be lost in the public sector and in the building industry. It is possible that this could see a return to higher inflation as a way of writing down real debt or even a default on that part of the National Debt which is held at the Bank of England as part of the QE programme.

So where is the good news? After some initial disruption companies will start to invest in growing their business. Borrowing rates to them have remained high even during ZIRP and they will now begin to make financial decisions based upon rates of interest that they no longer see underpinned by so-called emergency rates. So we can expect to see a shift away from unproductive investment in buying and selling second hand assets into productive investment that will create sustainable jobs and be the main source of economic growth.

So for a few years it will be a roller coaster ride but there should be lots of smiling faces at the end.