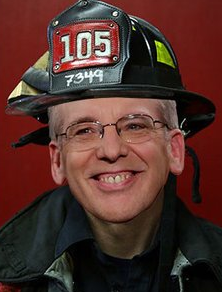 Fire fighters were called to extinguish a fire on the roof of the 14-storey New York Fed. Much of the open market operations are managed from the NY Fed but early reports suggest the damage isn't major.

The FDNY said a generator on the roof of the building started a fire in the chimney.

Uh the Federal Reserve is kinda on fire. pic.twitter.com/fK5ndqnzPd