Macro fund throws in the towel

In recent years, 600-800 hedge funds in the US close down shop.  We as predominantly retail traders put hedge funds on a pedestal and think they can do no wrong. Yet many fail and fail for the same reasons that retail traders fail.
So when you hear of a big player failing, it can be a good exercise to try and figure out why.  If you can, simply try not to make the same mistakes.
Fortress Investment Group announced it is closing Macro Fund. The fund was designed to make bets on larger macro plays in stocks, commodities, currencies, interest rates. The fund is down over 17% this year. Last year the fund underperformed. There have seen large redemptions and funds undermanagement totaled 2.3 billion according to the firm (it was as high as 80 billion) The fund was led by Michael Novogratz an ex NJ National Guard helicopter pilot.  Surely he had the right stuff to maneuver through the financial markets?
Well, maybe not.
What can retail traders learn from the closing?  Here are my five lessons from the failure.
1.  The trading environment is hard.  I imagine that the fund had many resources that retail traders do no have at their disposal.  They had the wherewithal to recruit the best of the best. Yet they lost over 17% in 2015.
2.  Risk is hard to manage when it is a fundamental story.  There was a clip on CNBC showing Michael Novogratz talking about his Brazilian trade from July 2014. He spewed facts about the political and  fundamental environment. All seemed convincing and I am sure the story may have all made sense. See some of the story below. 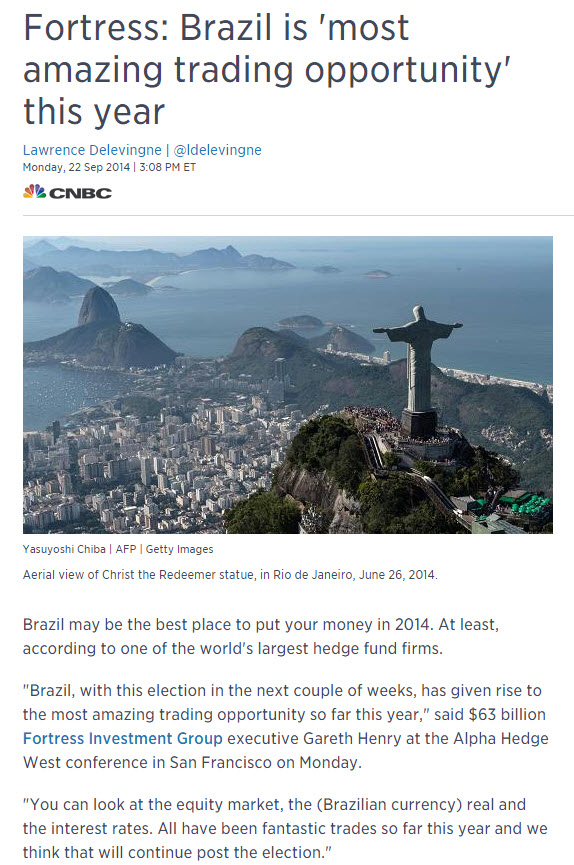 However, the ingredients that go into the fundamental cauldron can be damaging if liquidity and event risk are high.  Looking at the Brazilian Bovespa, since July 2014, it is down around 15% at current levels. 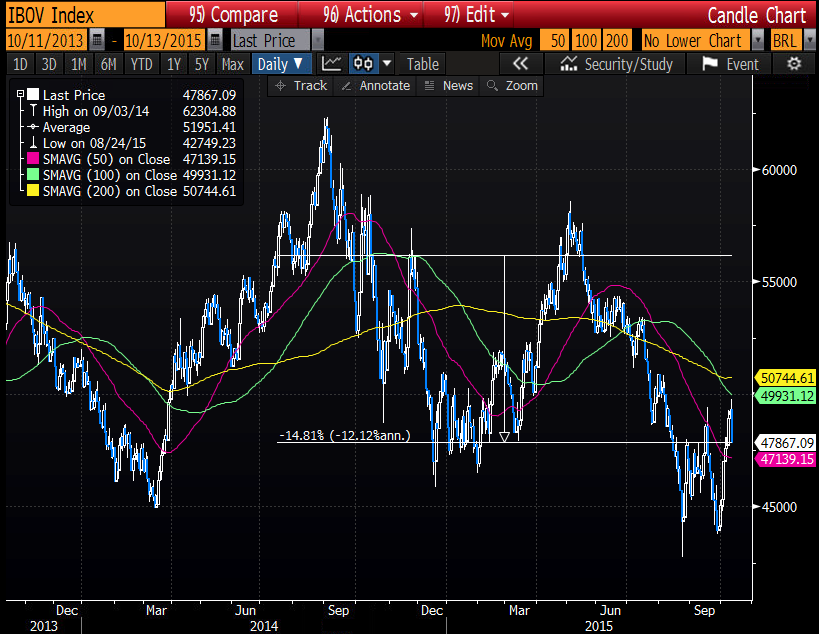 Meanwhile, the Brazilian Real has seen a huge depreciation of 71.52%. If they hedged out all the risk of the currency, the equity decline is significant. If they traded the currency risk, to make up for the stock losses, there is certainly opportunity to have the double whammy of stock declines and currency losses. 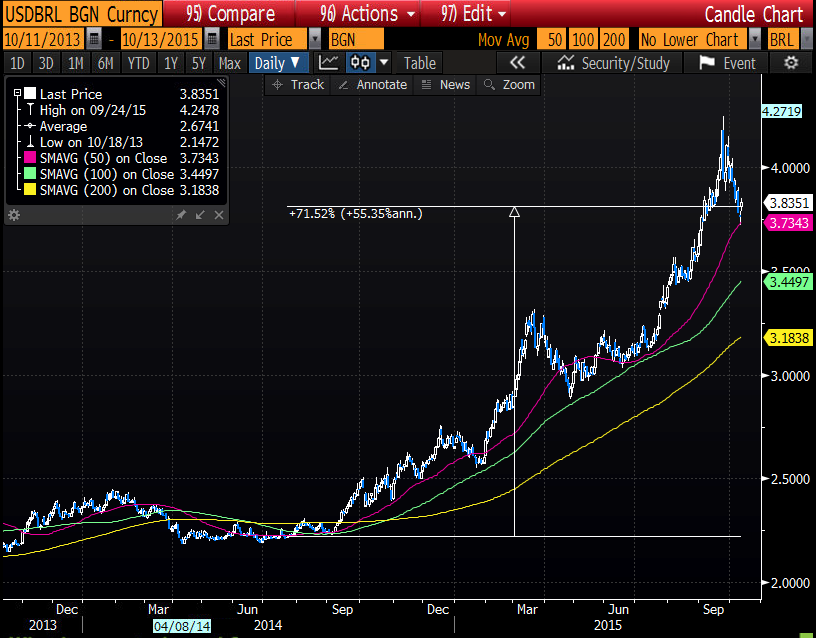 3.  Being a "Big Boy" is not always that great when liquidity risk is high.  Many retail traders lament the fact, that they may get pushed around by the so called "Big Boys".  Well being big can have it's disadvantages too.  Yes, they may be able to push the market around. Looking at the Bovespa chart above, when Novogratz gave the speech in July 2014 the stock market did rally. Perhaps it was Fortress. Perhaps it was others listening in and wanting to get on board. However, it becomes hard to get out if you are wrong on your view.  Liquidity risk can be cause the market to move in the favor of the Big Boys when getting in. It can also work against you when you need to get out.  Bigger is not always better especially if liquidity risk is high. Retail traders have the advantage of being more nimble.  They have the opportunity to be on the wrong side, but they don't have the liquidity risk of a large hedge funds position.
4.  Don't trust central banks.  Another reported big loser in their fund was the CHF trade. Apparently, the fund thought the SNB would not abandon the peg.  They believed the SNB and got burned.  They should have known better - or at least known the risk was HIGH if they did de-peg. The Fed has not helped emerging markets as well (like Brazil).  Not only has the Fed been warning about higher rates and done nothing, they continue to warn about higher rates which may or may not come. The uncertainty is not a good thing for EMs as the uncertainty just lingers and causes illiquid markets become more illiquid.
5.  Keep It Simple to be Successful.  Sometimes it sounds really great to venture in waters that make you sound really smart but most times following the KISS principal (Keep It Simple to be Successful) is a better and safer play.  I know there is the old Risk/Reward carrot that dangles in front of us all, but Risk can also equal large losses.  The name of the game for retail traders is to stay in the game.  It might  be the name of the game for bigger players too.    Keep It Simple to be Successful.