Central banks ahead of year’s end 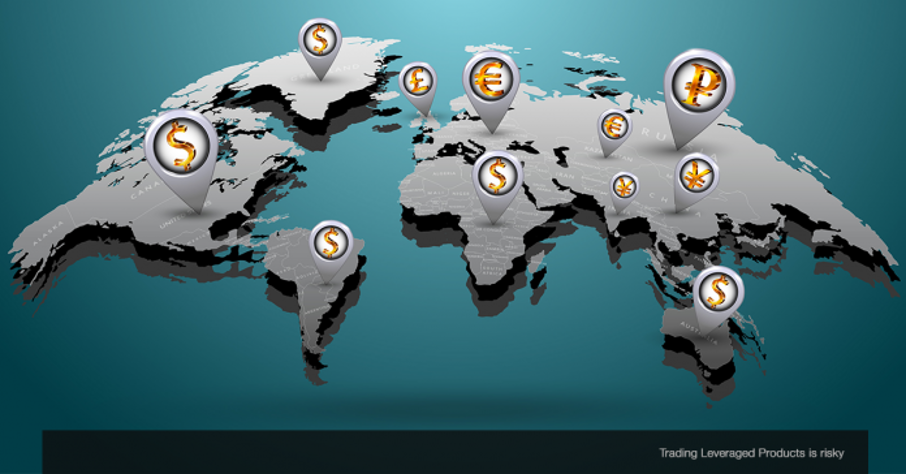 Indeed, while the initial spike in inflation resulted from reopening in global economies after the pandemic, bottlenecks, supply-demand mismatches, and tight labor markets have exacerbated the surge in prices across a wide swath of materials, goods, and services that do not look to abate anytime soon, and certainly not in the quick order first anticipated. In recognition of these developments, the FOMC shifted its language on "transitory" toward the factors creating the problem and not inflation itself. Hence the FOMC, RBNZ, BoC and BoE granted a stay on rate hikes at their last policy meetings.

The markets are now factoring in a faster and more aggressive stance from the RBNZ next week, the Fed and the BoE.

The US Treasury market went hyperbolic in November after CPI registered its fastest pace of growth in 3- decades. Fed funds futures are now pricing in a rate liftoff by July 2022, with some 65 bps in tightening by the end of next year. While eyes popped on the 0.9% jump in October CPI, more ominous was the fact that of the 37 major categories in the report, only 2 posted declines. These data along with the much stronger than expected sales and trade price and anecdotal reports reflect an overheating economy, with too much money chasing too few goods, which could be exacerbated by the holiday season.

All these facts are now sharply weighing on consumer sentiment. That in turn has sparked fears of a repeat of historic pressures from the late 70s and early 80s, when core consumer prices peaked at a 13.6% y/y rate in June 1980, that were eventually tackled by Fed Chair Paul Volcker's actions when the funds rate was eventually boosted to 20% in 1981. Core CPI plunged to 2.9% y/y by 1983. But while crushing inflation, the massive tightening in policy also helped precipitate the 1980-1982 recession. So along with inflation jitters, the markets will be cognizant of the impacts to growth from the cascading supply chain distortions.

Ongoing inflation concerns and generally strong US data suggest risk of a more hawkish Fed down the road, with the prospect of perhaps three Fed rate hikes in 2022 combining to support the Greenback.

Meanwhile, attention is on President Biden's pick for Fed chair, Powell or Brainard. The White House suggested the announcement could be made this week. Amid rising market worries over the surge in inflation, there are concerns over a more dovish Brainard.

The ECB is set to phase out QE next year. While ECB officials continue to try and calm inflation concerns by stressing the temporary nature of many of the upside price pressures, comments this week have also signaled a clear shift in language that point to a switch in focus at the December meeting.

While Lagarde and Villeroy tried their best to squash any speculation of a possible rate hike in 2022, the ECB's Austrian central bank Holzmann wants QE phased out as soon as possible and suggested that after the end of PEPP in March next year, the older APP programs could be phased out as early as September 2022. Compared to the BoE and Fed that still leaves the ECB far behind in terms of policy normalisation, but publishing a credible exit plan seems increasingly important in order to keep inflation expectations at bay.

Nevertheless, ECB stimulus uses an operational ceiling of 50% of national bonds, according to a Bloomberg report citing officials "familiar with the matter". This confirms that the overall restrictions are higher than the 33% limit applied to normal quantitative easing, with the APP programs. With the phasing out of PEPP that means the ceiling will be lower, although with the EU stepping up joint issuance for the recovery program the room for the ECB to maneuver will improve.

November's BoE's monetary policy report included projections based on what markets had priced in for the rate outlook, which showed the projected inflation rate at the end of the forecast period below target. At the same time, the projection based on steady rates suggested a headline above target. The ideal path then would be somewhere between, with one rate hike in the coming months - flagged as a one off rather than the start of an aggressive tightening cycle.

That seems to have been what the BoE tried to communicate, and delivering the planned hike earlier rather than later would likely help to strengthen the message that it will be a one off adjustment for now, and buy the bank time to continue monitor the situation. With that in mind the BoE's weaker than expected Q3 GDP number, the BoE was looking for, doesn't actually weaken the argument for a December hike.

At the same time, Brexit jitters are making a comeback and even if Boris Johnson seems likely to hold off for now, the lingering tensions over the Northern Ireland agreement are set to escalate early next year. Not an easy situation for the central bank as it tries to weigh longer term threats to the growth outlook and the risk of second round inflation effects.

While pressure on the BoE to deliver a rate hike is mounting, the bank may also face some political pressure to hold off until after Christmas, in order not to add to the already difficult situation. Several UK energy companies have already collapsed amid the rise in energy prices and consumers end up footing the bill, with a huge surge in energy bills as temperatures drop. Consumers have been advised to buy Christmas presents and even food early to spread out demand amid domestic production and delivery problems that are adding to global supply chain constraints. Meanwhile UK house prices, and with them mortgage debt, have been inflated by the government's stamp duty holiday (now over) and a rate hike before Christmas could further add to an already difficult situation for many households.

The BoC ended quantitative easing and is moving to the reinvestment phase, "during which it will purchase Government of Canada bonds solely to replace maturing bonds." The end of QE is as expected, given the surge in inflation and the fact that the emergency that prompted QE is well past.

Meanwhile, the bank held the overnight rate at 0.25% and maintained its "extraordinary forward guidance" for the path of the overnight rate. GDP is expected to expand 5% in 2021, 4.25% in 2022 and 3.75% in 2023. The output gap is "likely to be narrower than the Bank had forecast in July." While the recent spike in inflation was anticipated in July, the Bank notes that the main forces pushing up prices appear to be "stronger and more persistent than expected." They continue to see an eventual return to the 2% target by "late 2022."

As for forward guidance, the BoC remains committed to holding rates at the lower effective bound until economic slack is absorbed so that the 2% inflation target is sustainably achieved - which is now projected to happen "sometime in the middle quarters of 2022." in September, this was seen happening in the second half of 2022.

The RBNZ's report on inflation expectations showed 2-year expectations at 2.96%, up from 2.27%, which will add pressure on central bankers to act ahead of the November 24 meeting.

Disclaimer: This material is provided as a general marketing communication for information purposes only and does not constitute an independent investment research. Nothing in this communication contains, or should be considered as containing, an investment advice or an investment recommendation or a solicitation for the purpose of buying or selling of any financial instrument. All information provided is gathered from reputable sources and any information containing an indication of past performance is not a guarantee or reliable indicator of future performance. Users acknowledge that any investment in Leveraged Products is characterized by a certain degree of uncertainty and that any investment of this nature involves a high level of risk for which the users are solely responsible and liable. We assume no liability for any loss arising from any investment made based on the information provided in this communication. This communication must not be reproduced or further distributed without our prior written permission.
Invest in yourself. See our forex education hub.