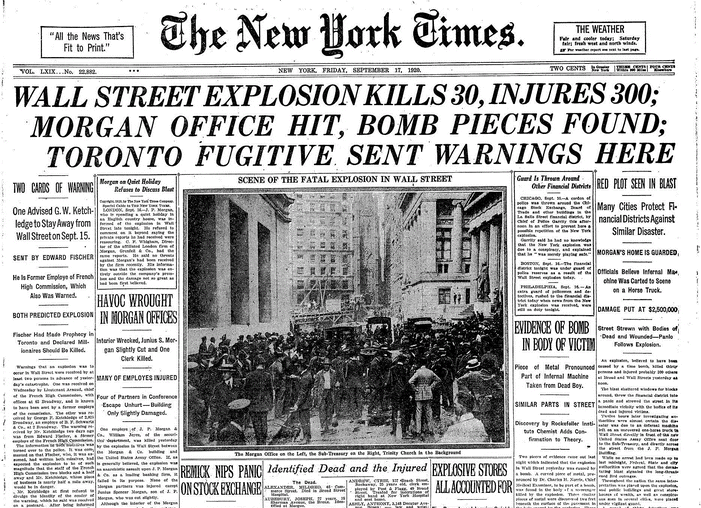 The September 20, 1920 attack happened at this hour, exactly 100 years ago. At the time, it was the worst ever terrorist attack in the United States.
It's a long-forgotten event and a lasting mystery, as the perpetrators were never caught.
Just after noon, a horse-drawn wagon passed by lunchtime crowds on Wall Street and stopped across the street from the headquarters of the J.P. Morgan bank at 23 Wall Street, on the Financial District's busiest corner. Inside the wagon, 100 pounds of dynamite with 500 pounds  of heavy, cast-iron sash weights exploded in a timer-set detonation.
Within a minute of the blast, trading was suspended and traders helped the wounded.
Suspicions fell on anti-capitalist groups but no one was ever arrested. Read more about it here.
For bank trade ideas, check out eFX Plus