He has told the BBC's Andrew Marr show that he was independent of politics and was not suggesting how people should vote.

In the interview Carney said the Bank's role was to "identify risks, not to cross your fingers and hope risks would go away".

He said his comments about a possible recession were about being "straight and transparent" with the British people" and he rejected suggestions he had breached the Bank's impartiality mandate, and denied claims the remarks had emphasised only the downside of leaving the EU.

"Our central forecast is for Remain - we always take government policy, that's the standard approach of the Bank of England - but we go into great detail about the risks around that,"

"We ... have a responsibility to explain risks and then take steps, because by explaining them - by explaining what we would do to mitigate (them) - we reduce them. And that is the key point, ignoring a risk is not to reduce it.

I wrote a piece here with my thoughts on the (over) reaction to his comments made in response to questions at the Inflation Report presser on Thursday.

In this morning's interview he also said it was "highly, highly, unlikely" that the BOE would cut interest rates if the economy slowed sharply, a view not shared by some of his colleagues. The comment  though might add some support to the pound on Asian opening and should be noted.

The BBC has more on this morning's interview here, and Reuters here. 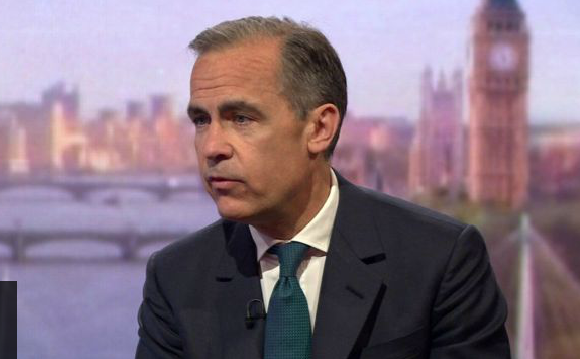 BOE's Carney - Between a rock and a hard place