Brexit: What happens now that parliament is prorogued?

Will there be a period of calm in the UK political drama? 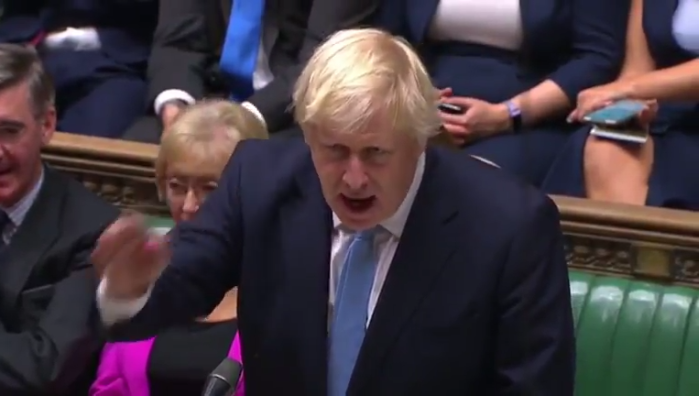 Firstly, let's recap the events that transpired on Monday:
1. UK parliament is officially prorogued at the end of the business day until 14 October
2. Brexit delay bill gains royal assent and turns into law
3. Speaker John Bercow says he will step down on 31 October amid pressure from the govt
4. Boris Johnson's election gambit fails once again
So, with parliament away for the next month, are things expected to be calmer in the UK?
Well, somewhat so I reckon. But heading into this "quiet" period, Boris Johnson has reiterated that he will not be seeking an extension still but instead will try to get a Brexit deal.
He made no firm commitments to request an extension but expect the government to pull off a couple of tricks if they are cornered into such a position before 19 October - the "soft deadline" in which a deal must be struck.
As such, Brexit headlines should be fewer and farther between but that will just exacerbate any notable information pertaining to an extension or a no-deal outcome - if the European Union is seen adamant to reject the extension.
What are the key dates to watch for now?
The most important one will be the European Council summit of 17-18 October. UK lawmakers are set to return to parliament for the Queen's speech on 14 October but there isn't anything left for them to work through before the summit.
It will now come down to Boris Johnson's proposals to European leaders to try and achieve a Brexit deal before the summit. Otherwise, European leaders will use the summit as a platform to discuss their next steps on this whole Brexit debacle.
If anything else, watch out for headlines detailing sentiment in the run-up to the summit as it will influence what markets expect as the outcome.
Thereafter, 19 October will be the next key date synonymous to the summit as it legally enforces the UK government to request an extension until 31 January 2020.
In the mean time, before all of that, we'll be moving closer towards party conference season in the UK at the end of the month. Just be on the look out for any potential key headlines that may come across during the period.
The Conservative party conference will be held on 29 September - 2 October while the Labour party conference will be held on 21 September - 25 September.
ForexLive