Canada building permits for the month of August 2019

A bigger than expected rise in the Canadian building permits the month of August.
although much better-than-expected, it does seem that there are a number of 1 offs that may not be sustainable going forward. 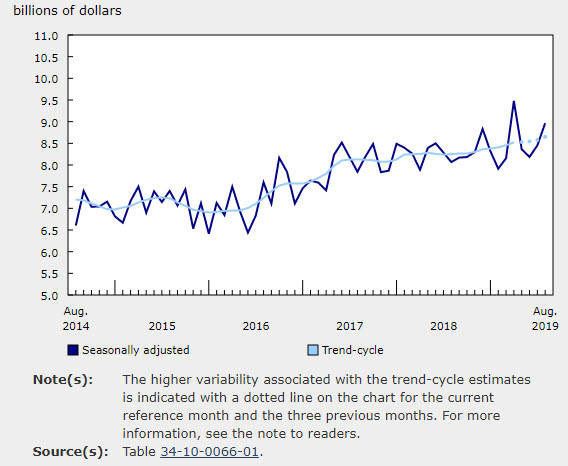