It's a ninth consecutive monthly rise for the Eurozone reading, equaling the record for longest growth in 2006 - while we also saw improvements in Germany and France. Germany's figure hit a 8-month high while France's figure is at a 3-month high.
According to Markit, firms expanded their purchasing activity and took on additional staff members - which was the main reason for the expansion in December.
EUR/USD is trading near session lows at 1.2053 as the dollar continues to firm up during the trading day. As I mentioned in the calendar preview, on NFP Friday data points like these don't really matter as market positioning ahead of the US jobs report will take priority.
By the way, the Markit data today was delayed by 20-30 seconds roughly - similar to that of the Germany construction PMI earlier here. Just FYI. 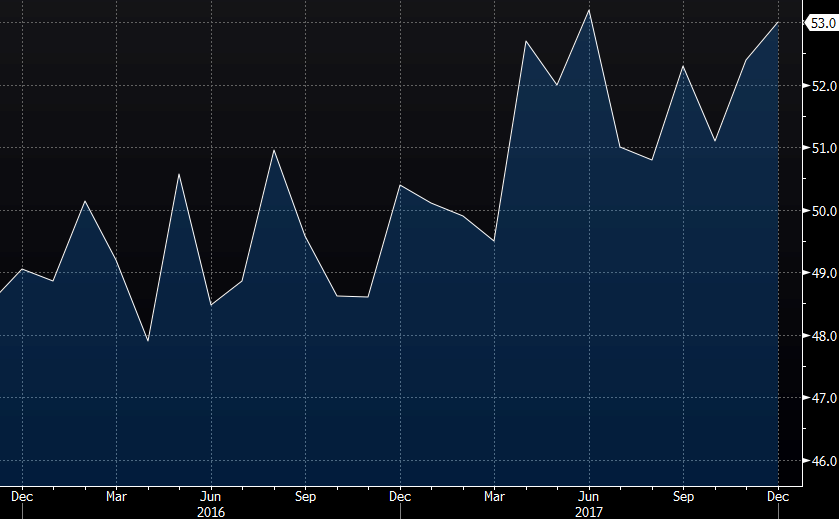