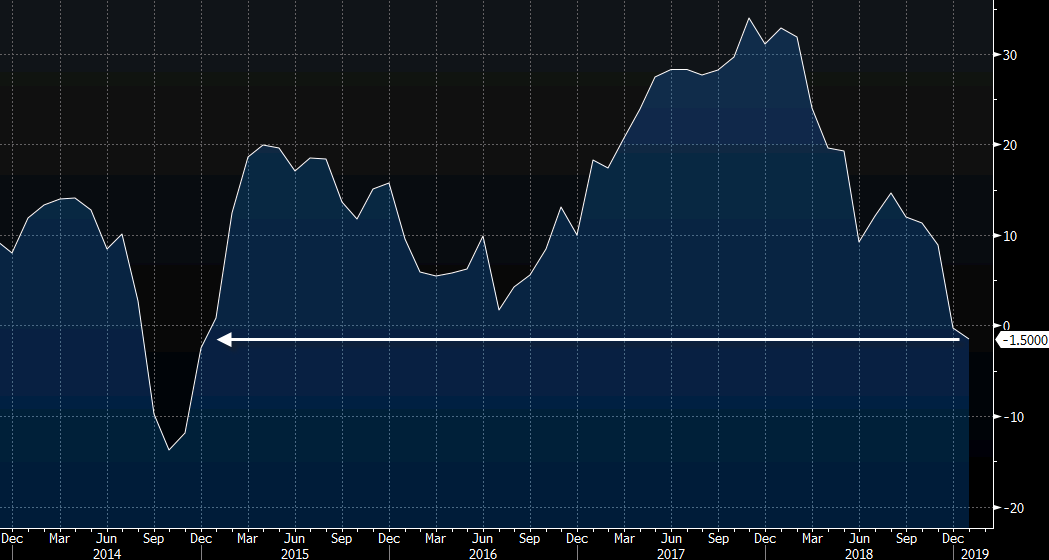 ForexLive
Investor morale hits a fresh four-year low as concerns surrounding Brexit, the yellow vest protests in France and weaker economic growth overall continue to weigh on sentiment. It's the lowest reading in the index since December 2014 despite it coming above expectations.
Sentix notes that "with these data, Eurozone is dangerously close to stagnation" and that "neither politicians nor central banks seem to have really grasped the extent of this loss of momentum".
It's not a major release by any means but this here feeds into the bigger picture and overall economic sentiment in the Eurozone. It basically highlights the backdrop as we begin the new year, as we await further data confirmation to see if the ECB can still carry on with their current forward guidance.
EUR/USD still sits near the highs at 1.1444 currently, resistance seen at 1.1450-53. Meanwhile, EUR/GBP also holds higher at 0.8981 as the euro's gains outpace the pound's.