Mixed moves for currencies and, in the bigger picture, not a lot of net change with the small swings we did see. NZD/USD is a touch weaker, the delta outbreak is proving persistent in the country with the highest new case number in a week or so reported today. NZ economists lowered their GDP outlook fir the near term (see bullets above).

AUD/USD is a touch higher. The move is minor, barely a few points up on the day. EUR/USD is down a few ticks again very little in it. There isn't juch different to say about any other of the majors.

Oil traded higher. The UN and Iran reached an agreement over the weekend that looks promising for continuing talks on nuclear issues with the UN and US. If further agreement can be reached the way is paved for Iran to return more fully to oil markets, but this is still some way off course, if at all.

Bitcoin was active, it had a move above USD46K and a drop under 45K from there ... rebounded and dropped again! A major news wire carried the story about South Korea's crackdown scheduled for September 24, this has been a known known for many months. Aklso in the news, the Democrats tax plan (see bullets above) says it'll be treating crypto gains just like any other financial product for taxing purposes. Which seems obvious, why would they not?

It was quite the day for news, major headlines are bolded above. 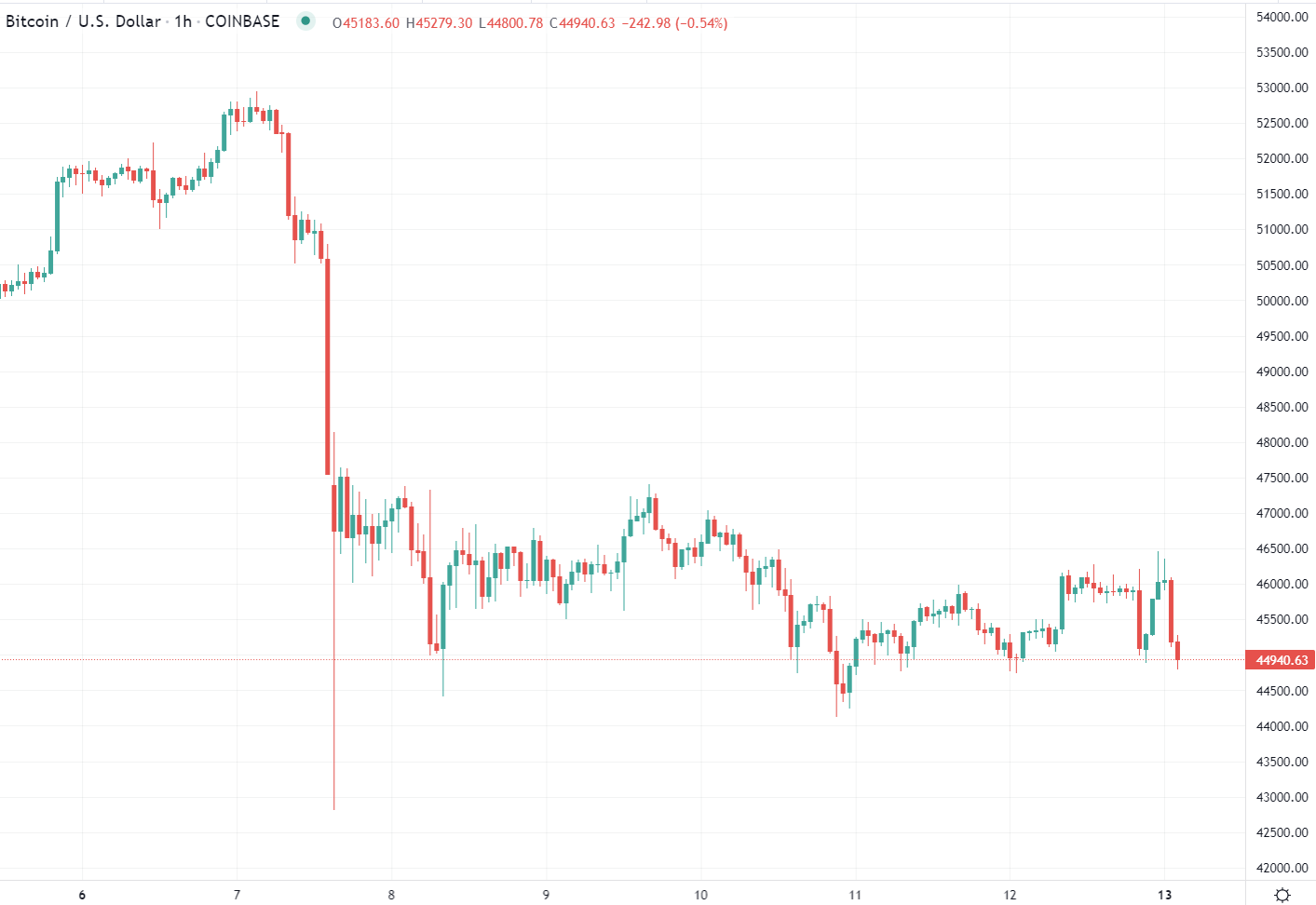