I hope my headline to this post doesn't age badly, its still morning in HK!

After the rout on Monday with Evergrande woes playing out in Hong Kong and the holiday in China there was a degree of calm today. Mainland Chinese markets were closed again for a holiday and return on Wednesday.

The other event during the session was the Canadian election which has been 'called' (by CTV and others) for incumbent Prime Minister Trudeau but with a reduced number of seats and likely a minority government.

On currencies, we had a much-awaited speech from Reserve Bank of New Zealand Assistant Governor Hawkesby. Notably, Hawkesby poured cold water on the expectation (not the majority expectation but not negligible either) of a 50bp rate hike at the next RBNZ policy meeting, indicating that a 25bp incremental hike was more appropriate for a world coping with lingering uncertainties due to the virus. NZD/USD slipped a little lower towards 0.7000 but as I post it has recovered that tiny decline to be more or less unchanged for the session.

The Reserve Bank of Australia released its September meeting minutes today. Governor Lowe had spoken at length since the meeting so the minutes did not add much to what we had already gleaned from the Governor's remarks last week. AUD/USD inched a touch higher, as had EUR/USD (since back to basically unchanged also).

USD/CAD is near its session low, of a small range.

Bitcoin hit lows circa $41K. About the only catalyst obvious were comments reported from Turkey's Erdogan (see bullets above). 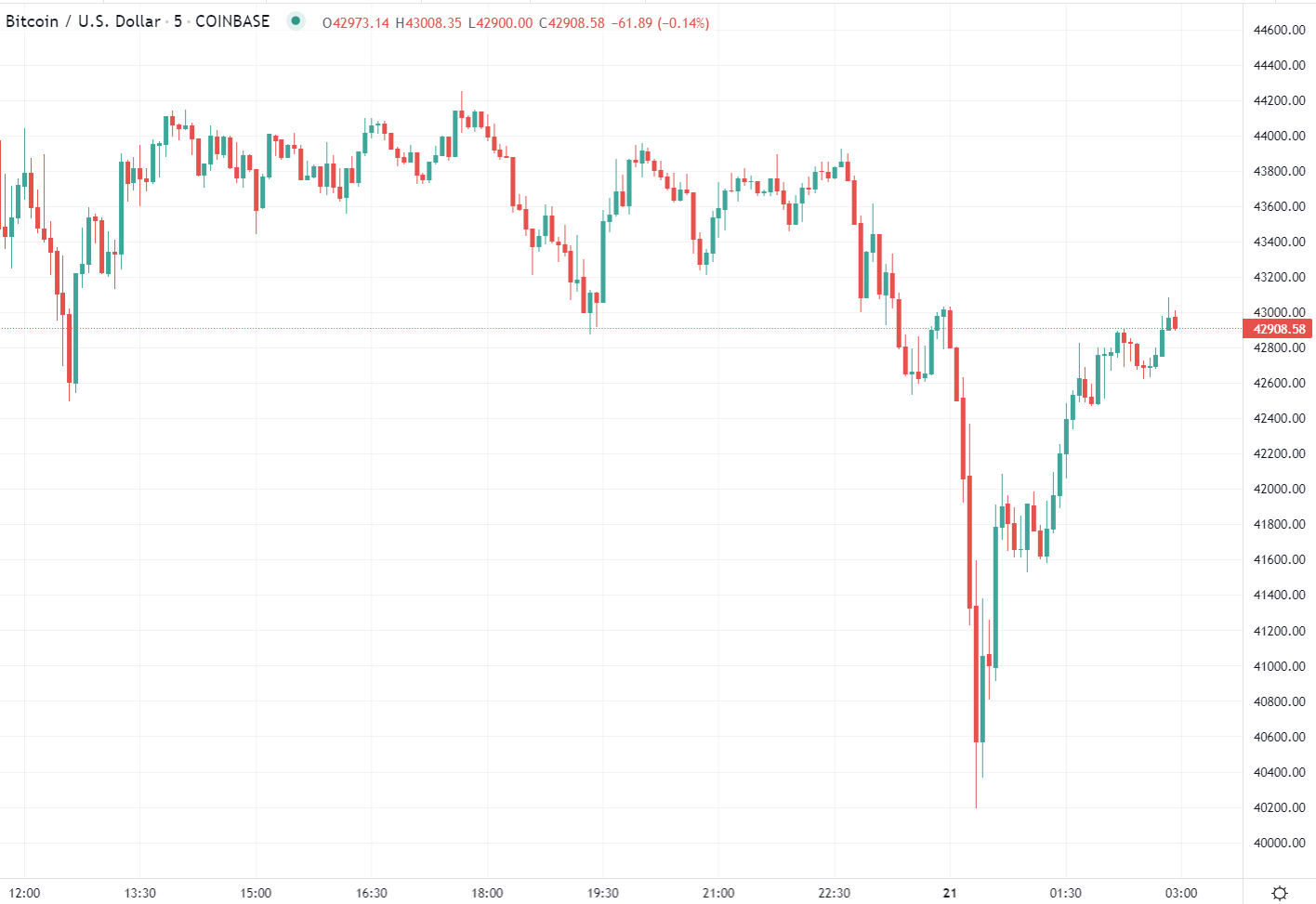