ForexLive Asia FX news wrap: USD/JPY above 115 for the first time since 2017

There was a bout of US dollar strength pretty much across the major FX board in the Asian morning but much of it has retraced. Not so for USD/JPY though, which moved above 115 for the first time in 4+ years and has steadied above the figure, albeit not by much.

Fresh news was pretty much absent, Asia digested the reappointment of Fed Chair Powell and noted the continued speculation surrounding oil reserve releases from the US and some Asian countries. Ukraine issues continued to bubble away also with reports that US President Biden is mulling sending military advisers and more weaponry to the country in the face of Russian troop build-ups at the border. US Treasury Secretary Yellen comments,

EUR, GBP, AUD, NZD, CAD all initially fell against the USD but, as noted, much of these moves have been retraced. With USD/JPY holding its gains its meant yen crosses have risen on the session.

Japanese markets were closed for a holiday today. 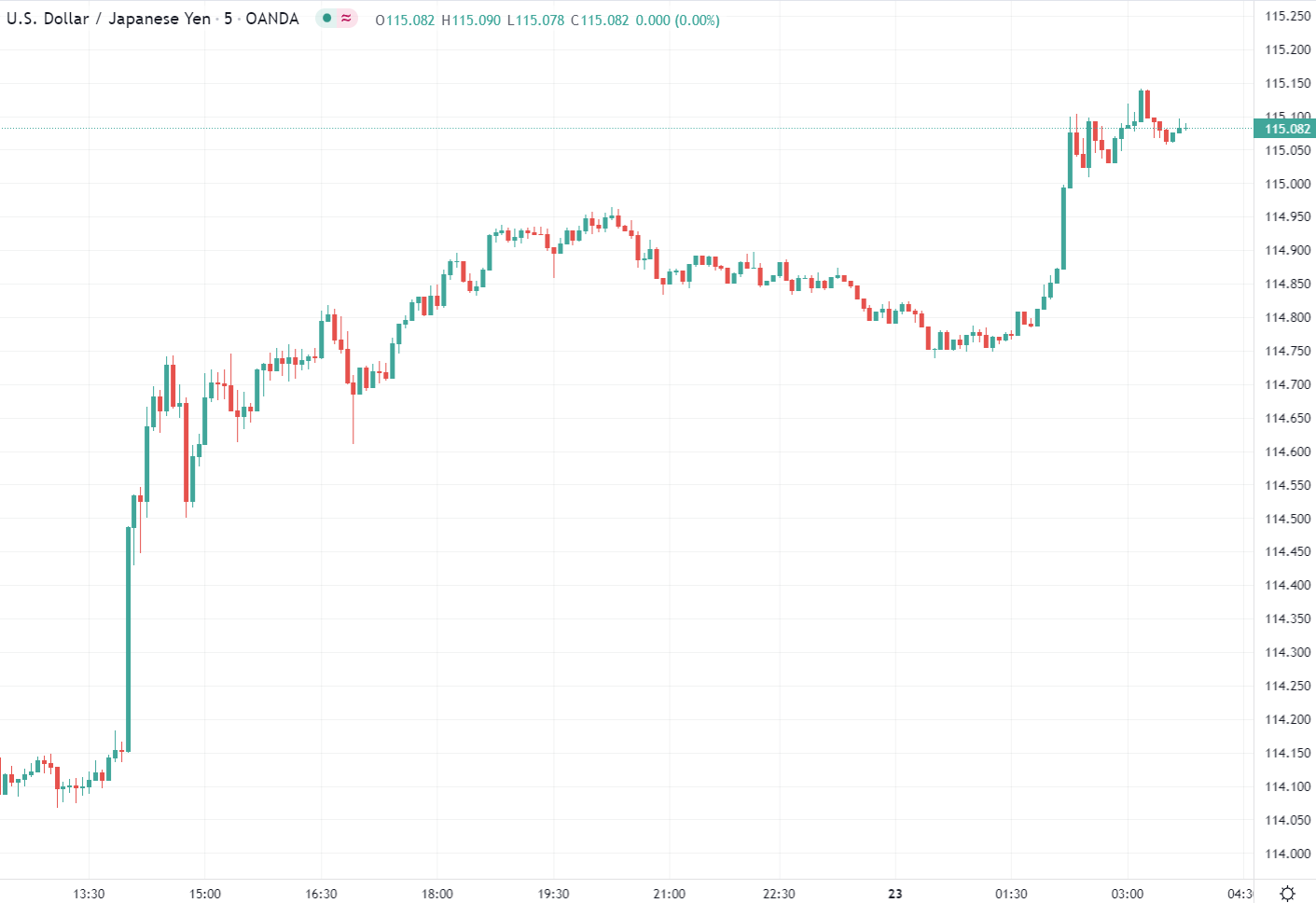