There has been little net change for major pairs during the Asian session so far although there have been some minor gyrations. USD/JPY dropped from highs just shy of 109.90 to under 109.60 before tracking back to be barely net changed as I post. Yen crosses declined with the earlier dip as most currencies gained a few points against the big dollar before they too retraced; AUD, NZD, GBP, CAD are all a little softer now against the USD as I update, but the net changes are all marginal.

Data releases were of lower-tier importance and there was little news of impact either. A potential takeover bid for Toshiba (emphasis on potential at this stage) was about as exciting as it got.

Gold lost a few dollars after its better session on Tuesday. 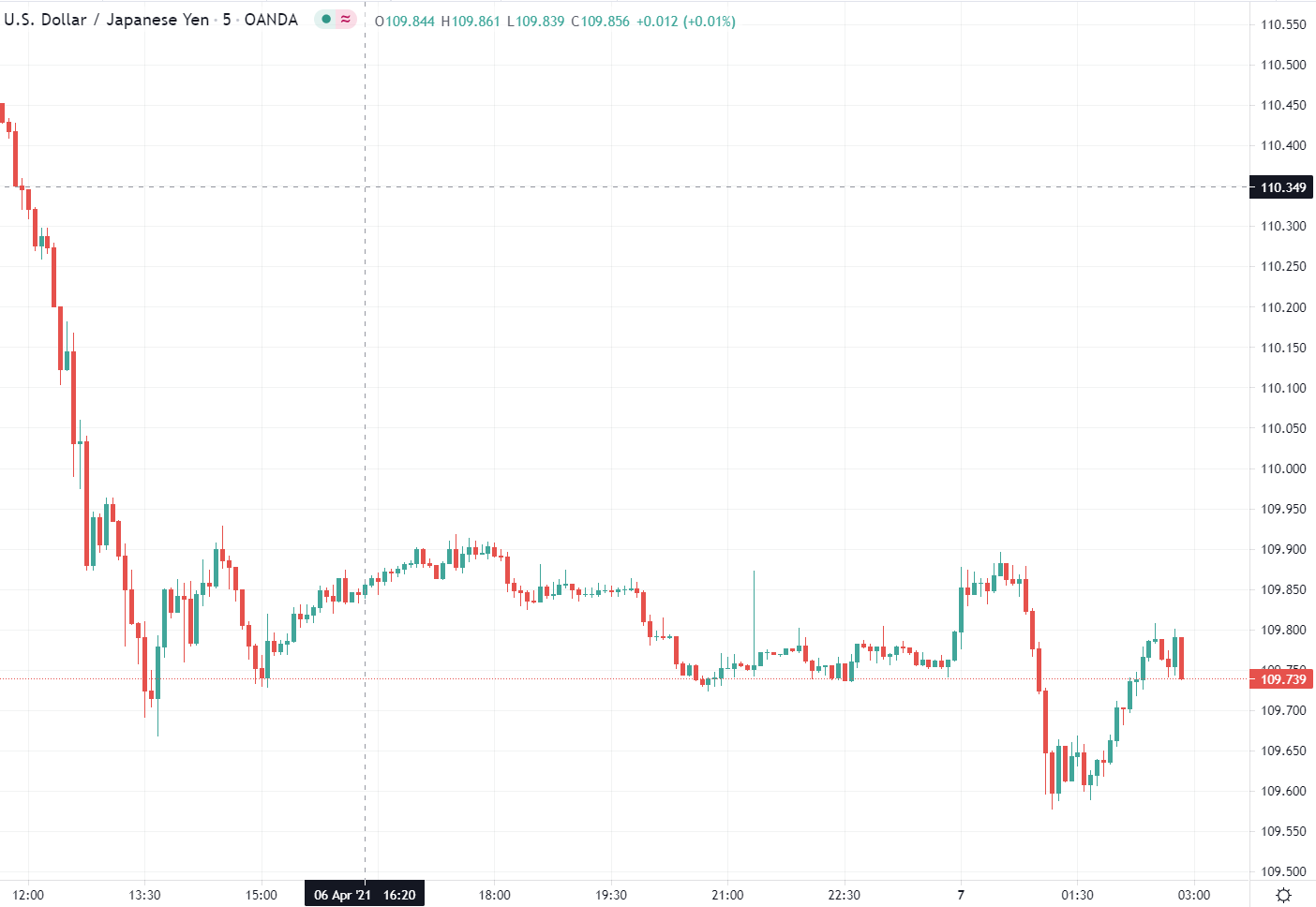