TBS Television reports on the number

One may argue that the raw figure doesn't seem like a lot but the direction in which it is heading is relatively disconcerting. Not to mention that the number of tests being conducted in Japan isn't impressive at all compared to other countries by any means.
For some context, Tokyo did just over 4,000 PCR tests in the past 24 hours and that itself was a single-day record for the Japanese capital.
While Tokyo (+286) stands out as the hotspot in which the virus is spreading rapidly again, we're also seeing numbers creep higher in Osaka (+66) and Kanagawa (+47): 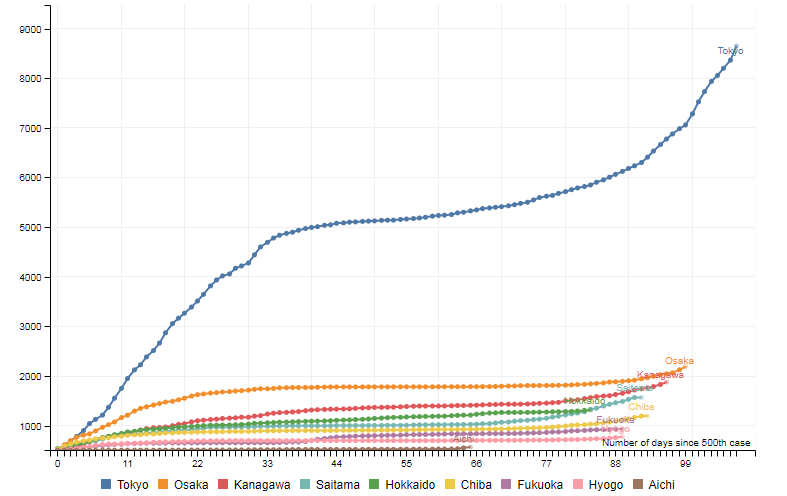