The latest Forsa poll sees the SPD at 25% and Merkel's conservatives (CDU/CSU) at 22%, with the latter continuing to trail behind going into the big weekend.
Meanwhile, the Ipsos and FSG Wahlen polls earlier show that the gap is narrowing a touch but the CDU/CSU are still on the backfoot and it will be a challenge for them to come out on top this coming Sunday.

Invest in yourself. See our forex education hub.
That said, there are still quite a number of undecided voters so that may add some element of uncertainty going into voting day this weekend.
There are a few scenarios in how this would all play out but the two key ones to be aware of are the following:
1. "Jamaica" coalition (CDU/CSU-Greens-FDP)
This would mean Merkel's successor, Armin Laschett, claiming victory and forging such an alliance to govern will not be an easy one. The Greens and FDP have differing opinions on policies such as those on the environment but the key takeaway of such a coalition is that they would be more conservative on spending as a whole.
As such, the euro could only benefit from some stability in the sense that we are seeing a continuation of Merkel's party governing but expect German bund yields to lean towards the softer side. In turn, that could weigh on the currency a little.
2. "Traffic light" coalition (SPD-Greens-FDP)
As things stand, this is arguably the most likely scenario given voting intentions and polling data in the run up to this weekend.
That will see German finance minister, Olaf Scholz, take the helm as the new chancellor.
The ideal situation for a bullish euro scenario (and one for bund yields) is for a "red-green" coalition i.e. SPD and Greens only. However, the two may not have enough of a majority and likely will require the FDP to join in.
But in any case, this scenario will reflect a stronger likelihood of a more fiscally expansive government and one that is more pro-Europe in general.
And that should be good news for the euro, even if it may be fleeting.
The caveat to all of this is that the election outcome is much closer than expected (or no clear outcome) and a small majority formed either via the CDU/CSU or SPD. That presents some political uncertainty and isn't quite what Germany needs right now after 16 years of Merkel's unnerving leadership. A neat infographic by CNN: 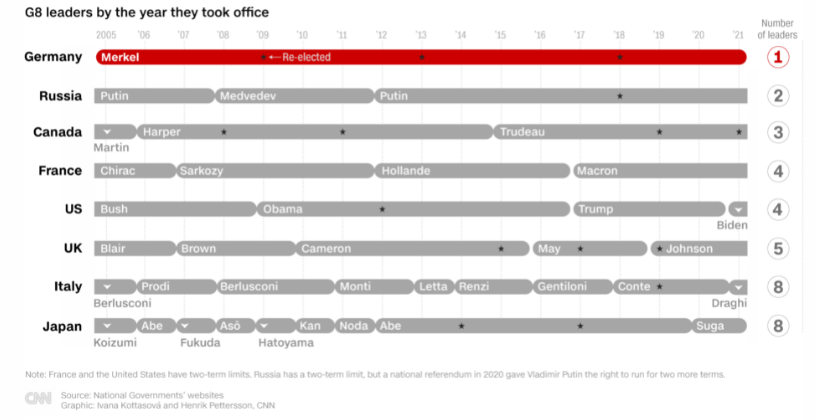