ICYMI, oil prices have surged in their biggest gap since 1991 on the attacks

The earlier headline forecasts from GS are above in those bullets, a little more detail:
■ A very short outage - a week for example - would likely drive long-dated prices higher to reflect a growing risk premium, although short of what occurred last fall given a debottlenecked Permian shale basin, a weaker growth outlook and prospects of strong non-OPEC production growth in 2020. Such a price impact could likely be of $3-5/bbl.
■ An outage at current levels of two to six weeks would, in addition to this move in long-dated prices, see a steepening of the Brent forward curve (2-mo vs. 3-year forward) of $2 to $9/bbl respectively. All in, the expected price move would be between $5 and $14/bbl, commensurate to the length of the outage (a six month outage of 1 mb/d would be similar to a six week one at current levels).
■ Should the current level of outage be announced to last for more than six weeks, we expect Brent prices to quickly rally above $751bbl, a level at which we believe an SPR release would likely be implemented, large enough to balance such a deficit for several months and cap prices at such levels.
■ An extreme net outage of a 4 mbld for more than three months would likely bring prices above $75/bbl to trigger both large shale supply and demand responses. 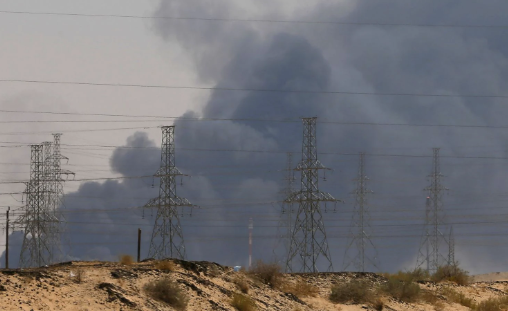