The PMI has been showing signs of less then euphoric trading conditions in NZ.

A bit of a better result for June though coming in at 51.3 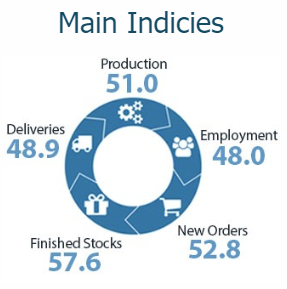 Via BNZ on the PMI … bolding mine on the better headline but not so great deatil:
ForexLive