Report: Oil rally makes it more likely OPEC+ will bring back production, but not until after April

The timing is key here 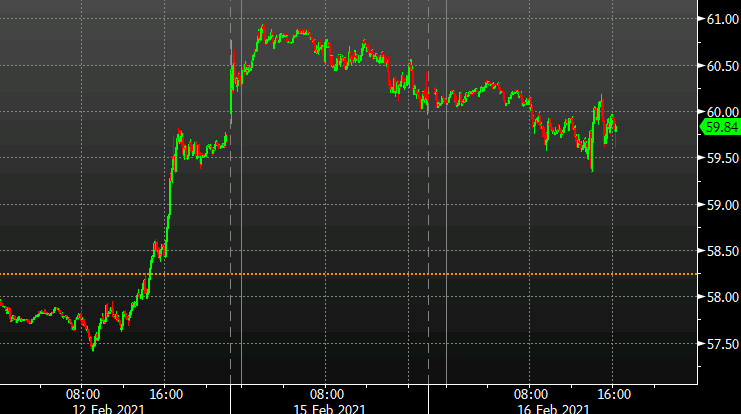 OPEC+ is going to bring back oil production, especially now with Brent above $60. The key question is 'when?'
The March meeting is one that people are circling but OPEC members have said they're not eager to bring-on supply just yet.
Now, Reuters cities OPEC+ sources saying the latest oil rally makes higher production "more likely after April."
There was a quick dip in oil on the headline but it's bounced. "After April" is vague and the oil market could be fairly tight by then.
The report says the oil market "may be ready" for an additional 500,00 bpd by April, depending on demand and whether Suadi Arabia brings back its extra voluntary cuts or not.
"Oil prices are very good now so there is no need for the Saudis to continue with the voluntary cuts beyond March," an OPEC+ sources said. "But it is not clear if the Saudis will bring back the 1 mbpd gradually or not."
So it looks like Saudi Arabia signals are the ones to watch.
WTI was last up 42-cents to $59.90.