The smartphone and video game addiction theme isn't going away

If you're an app/game company and aren't making your product more addictive right now, you're not doing your job

When we think of addiction, we think of drugs, alcohol and gambling primarily but in the years ahead that's going to shift to technology as well and it's worth drawing parallels.

Intuitively, they're different types of addiction in that those others are inherently unhealthy while technology use can be tremendously productive and healthy. Yet at some point a line can be crossed, we're just not yet entirely sure where that is.

Even at lower levels smartphones are a problem. I constantly see parents neglecting their children to look at their cellphones.

Barclays is out with a report today on this topic and the smartphone backlash, especially among teens and Generation Z. It's interesting reading and includes this depressing graphic. 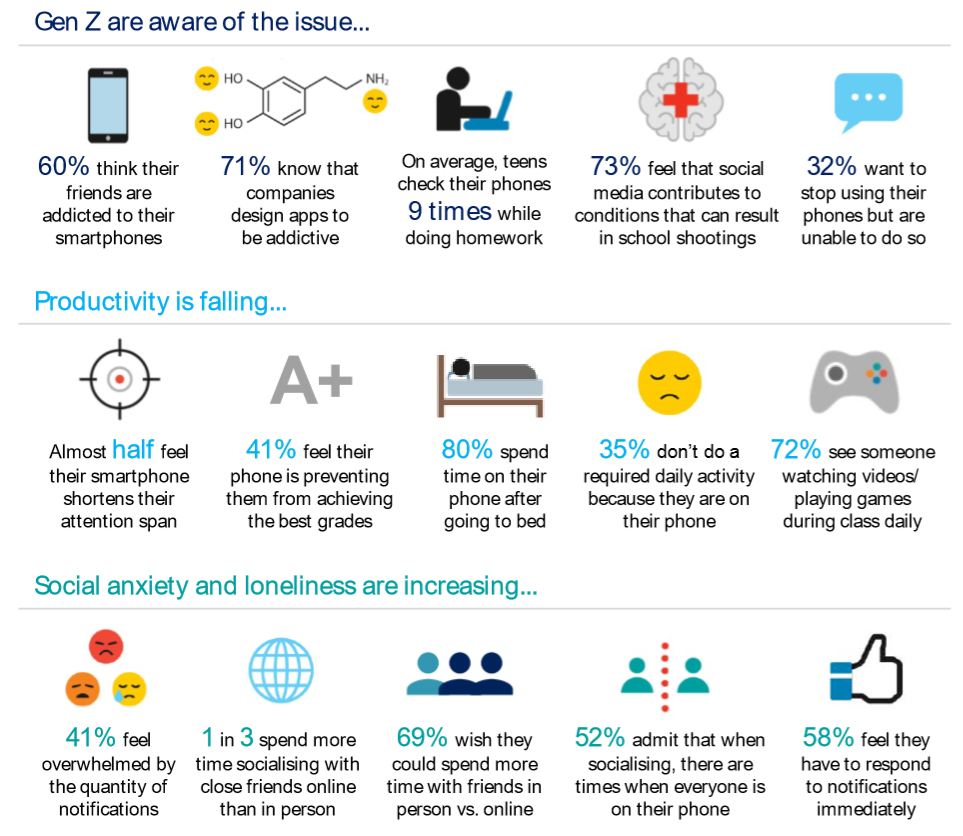 Barclays looks at the market implications, specifically the likelihood of a backlash and what might be done about it.

That's where the problems start. Here's the issue as I see it:

If you look at those survey numbers, the cultural backlash is already here, it's just not quite at a tipping point yet. What happens when we get there? They talk about petitioning companies and apps for ethical use of technology. That's some pie-in-the-sky stuff. Even if you wanted to, there's no way to know where to draw the line and if you tried to do something legally, the US Supreme Court would stop it on free speech.

So I have no idea where it ends, but this line from  Michael Mercier CEO of Screen Education is a worrisome sign for the future:

"A majority of Gen Z has expressed a strong desire to curb their smartphone use, but are finding themselves unable to do so. They realize that they are not engaging as deeply as they would like to in so many dimensions of their lives, and it frustrates them."

At this point, it's not necessarily an FX problem or economic problem but it will probably morph into a societal problem and there will be winners and losers.