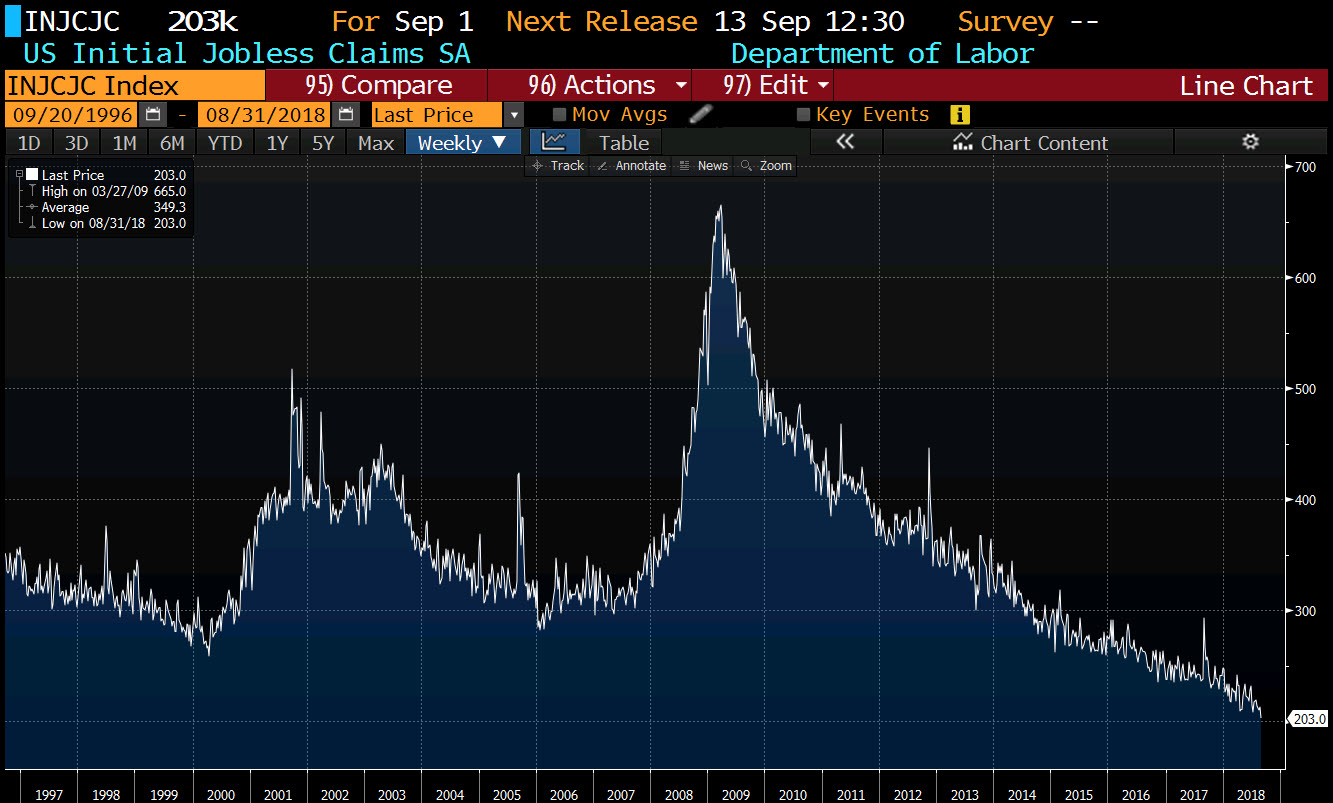 The US initial jobless claims came in at 203K versus 213K expected. The prior week came in at 213K.
ForexLive