The US dollar his higher against the yen for the second day, in part thanks to a surprisingly strong ADP employment report.

The Fed has warned for a year that the jobs market would soon cool as the economy hits full employment but the numbers continue to defy them. ADP reported 250K new jobs compared to 190K expected.

That's a positive sign for December non-farm payrolls report, which is due Friday. The bigger focus will be on wage growth but there's a positive seasonal effect that could lead to an upside surprise. If it delivers, USD/JPY could erase the drop in the last week of 2017. That would boost it back up to 113.25. If it's a substantial beat, look for a break of resistance in the 113.75 range. 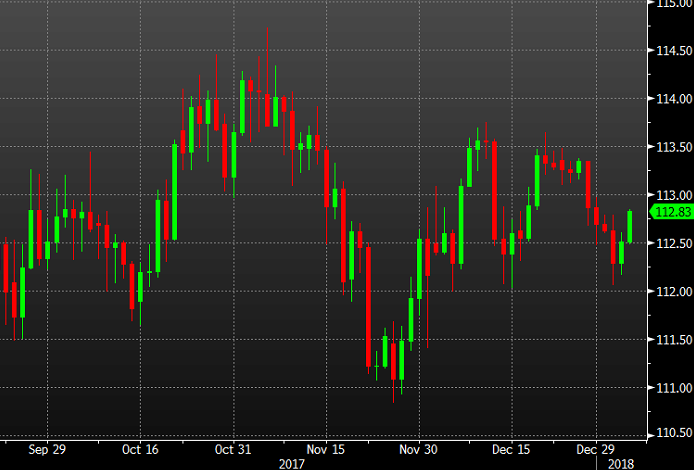