No idea why Yellen went down this road 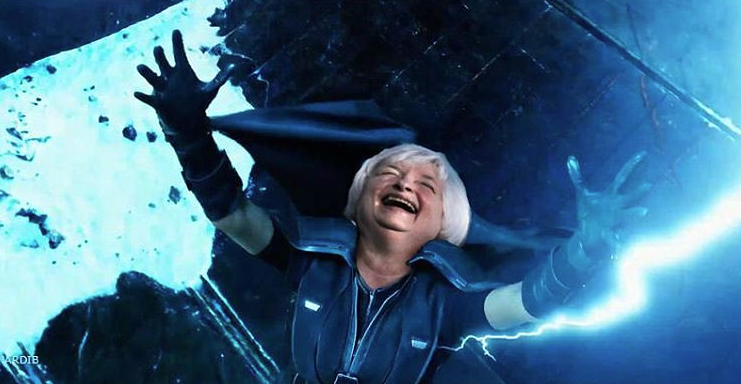 I think what Yellen was trying to say was that the heavy fiscal stimulus that she's advocating for will result in higher rates because you have more Treasury supply and a hotter economy.
That's a fair point but she has to understand that she's the former Fed chair and by phrasing it like she did, she undercuts Powell's messaging. It's such an amateurish delivery that it's hard to believe it was an accident. But at the same time, there's absolutely no reason to deliver that kind of message now.

"It may be that interest rates will have to rise somewhat to make sure that our economy doesn't overheat, even though the additional spending is relatively small relative to the size of the economy."

In any case, after the initial market hiccup, there is some dip buying here. At the end of the day, Yellen isn't the Fed chair and her comments aren't advocating for a hike, but rather saying that's the natural result.
BTFD is still alive.
This is also a taste of how ugly it will get whenever Powell mentions a taper or a rate hike. The market is still comforted because that appears to be some time away but everyone has Jackson Hole circled in late August as the time when taper talk will start. Maybe telegraphing it that far away smooths the process but at some point, Powell is going to have to do something the market doesn't like and with all the leverage and exuberance, that will be a very ugly day.