What if all those numbers are far too optimistic?
The bull case for oil is that shale isn't nearly as productive as producers are letting on. There's a theory that they're under-reporting bad well and that the economics of shale -- especially outside the Permian basin -- aren't nearly as optimistic as touted.
There was a huge wave of money that went into shale at the start of the decade and it's been sustained by growing production growth. Now the market wants to see profitability and there are fresh questions.
Core Laboratories, which is an oilfield reserve optimization company said in its latest earnings call that: "the Eagle Ford play is in permanent decline as Bakken production will near its projected peak over the next year or so."
Energy-focused data analysis services provider Kayrros said there were 6,394 wells drilled last year compared to 5,272 reported, according to oilprice.com. The firm used proprietary algorithms alongside optical and synthetic aperture radar imagery to make the estimate. That 21% difference is the thin line between profitability for many producers (and another round of investment).
"Misperceptions about shale oil in general and the Permian in particular have consequences, hence the importance of these measurements that show Permian production per well has been  substantially overestimated," said Andrew Gould, former CEO of Schlumberger and member of Kayrros' advisory board.
"By the same token, average production costs per well are understated. With far more wells contributing to Permian and US oil production than accounted for, current shale oil production is substantially more water-and sand-intensive than is commonly believed."
If the market is wrong about shale's potential, it would have massive implications for the price oil. Taking out all that supply (and the bloodbath that would come with the reckoning of shale producers) would lead to a spike in crude prices. With the renewed focus on cash flows and returns to shareholders among oil companies, I don't think we're going to have to wait long for the tide to go out. 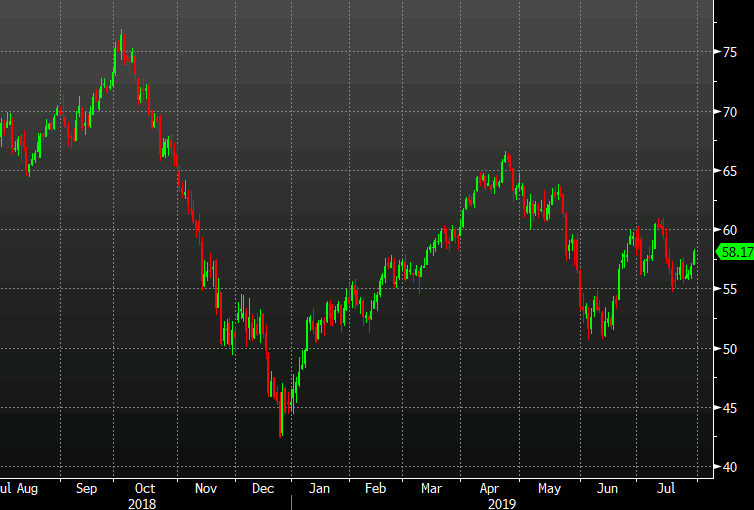 As for what's next, the weekly US API oil inventory data is due at the bottom of the hour. The consensus is for a draw of 2500K barrels.