Weekly US oil inventories coming up next 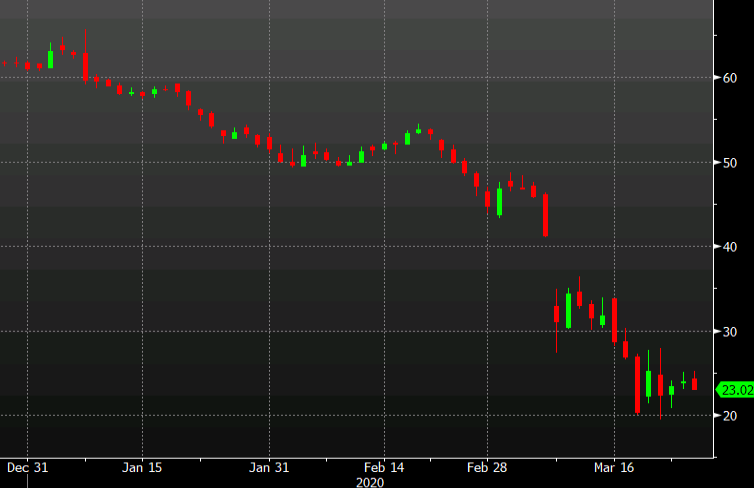 US weekly oil inventories will be out at the bottom of the hour for the week ending March 20. I think it will take another two weeks before we really see the effects of the virus. The US economy was still mostly open during this survey week. Now people are filling tanks before they shut down and snowbirds are heading home.
Starting next week, demand is going to fall off a cliff.
It's the same thing on slightly different timelines everywhere. Rystad Energy forecasts global oil demand is going to fall 16 million barrels per day in April and 4.9 mbpd in 2020.
There is nowhere to put all that oil and the scale of the production shutdown so far has been mild. It probably doesn't even cover the increase in production from Saudi Arabia.
Unless something fundamental changes -- like Texas cutting production with Saudi Arabia -- there is nowhere for oil to go but down.
The conesnsus in today's report is a 3K build.