Multiple major websites are down

A handful of major media websites are reported to be down with problems also being indicated with sites and apps such as Reddit, Spotify, Twitter.
Among others being noted via Downdetector are Twitch, Amazon, CNN, NYT, PayPal, imgur, Hulu, and Etsy as well. ForexLive is up though. ;) 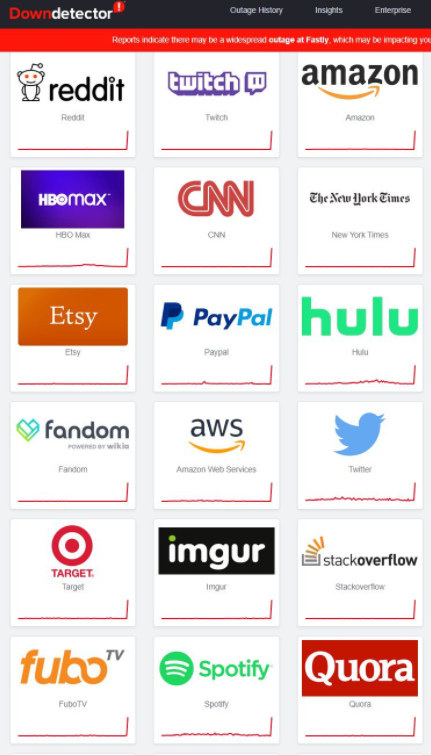 Update: There is talk on Twitter that a content delivery network (CDN) run by Fastly has encountered errors and that is leading to the whole fiasco now.

Beginning with where we are now: A massive internet outage, affecting websites including The Guardian, https://t.co/m4BpHUT5yb, Amazon, and Reddit has been traced to a failure in a content delivery network (CDN) run by Fastly.