NASDAQ index trades to new session highs. What to look for technically. 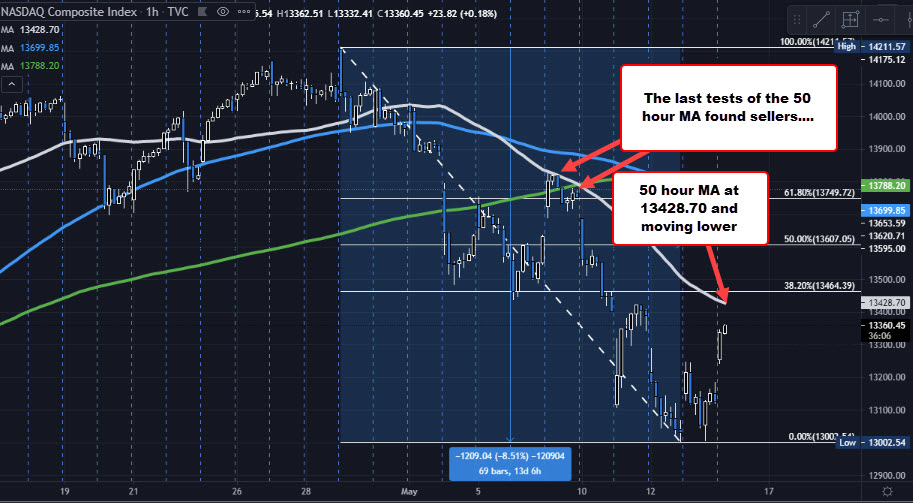 Looking at the hourly chart above, the 50 hour moving average is the next major target at 13428.70.  Last Friday, the price tested that moving average level, only to find sellers against the level.  That led to a sharp decline to the lows on Wednesday and Thursday near the 13000 level.  The move from the end of April high saw a correction of -8.5%.
On further upside momentum, there should be resistance against the 50 hour moving average level with stops on a break above. Until that moving average can be broken, and then the 38.2% retracement of the move down from the high at 13464.39, the move higher is more of a correction in the short term/medium term.
What is the daily chart saying?
Looking at the daily chart below, the index broke below its 100 day moving average (blue line in the chart below) on Monday and has closed below the moving average since that time. The moving average currently comes in at 13437.77. That is only about nine points higher than the 50 hour moving average making the area between 13428.70 and 13437.77 a key upside target.  Getting above both is needed to tilt the bias back to the upside.   Failure to do that and the sellers are still in full control. 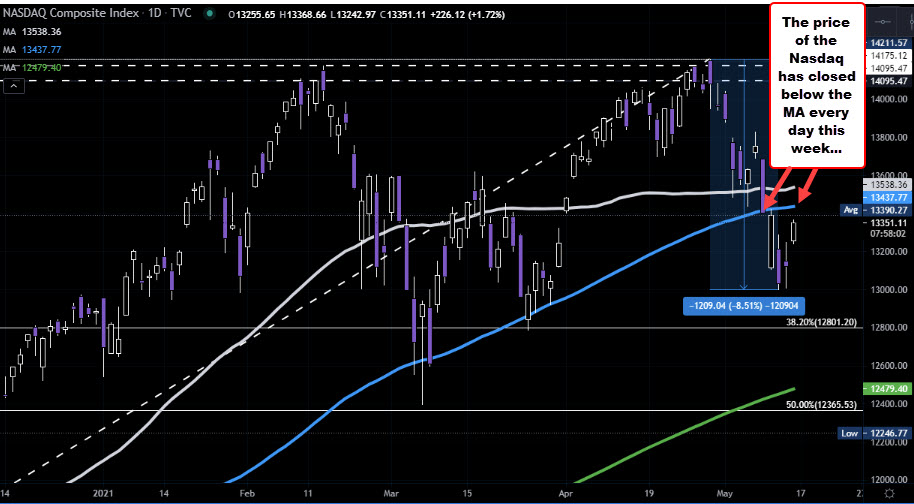 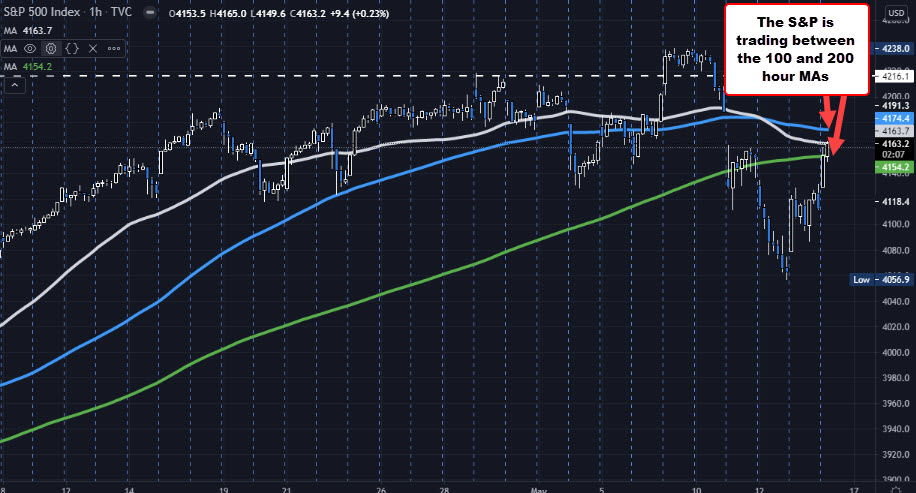