Silver up over 7% once again for the day

Last week, the price moved up over 7% on 2 separate trading days. 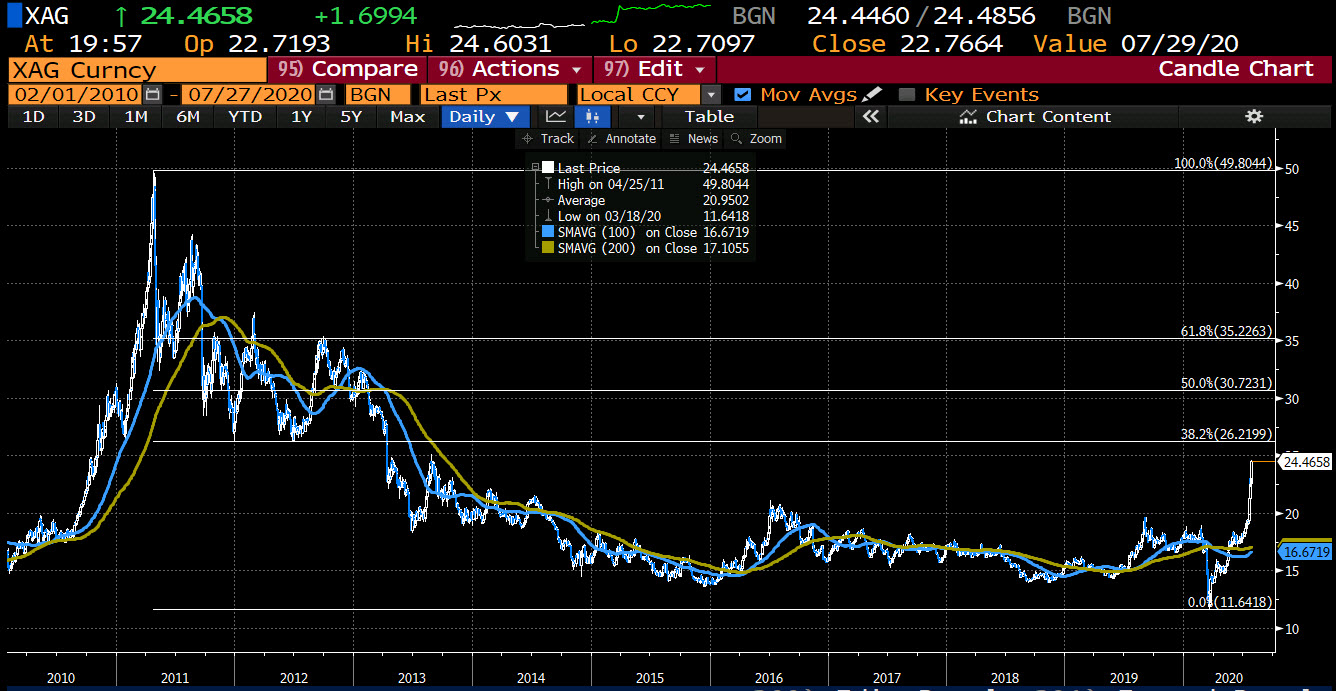 Looking at the daily chart, the high price back in at 2011 reached $49.80. The low price was reached on March 16 of this year at $11.64. Although the gain from the low  close is a whopping 110% (and for the year up about 70%), relative to gold which just reached its all-time high today of $1945.72, silver is still around $25 (or equal to its current value) away from its all-time high. This may be spurring on the buying of late.
In addition there has been a large influx of Robin Hood retail traders who have cloud into silver ETF's recently.
Other chatter that supports the rise in silver ranges from Biden becoming president and leading to a greener environment which may include more alternative fuel sources including solar which apparently requires silver in producing.
PS. Bitcoin today also surged. It is up 12.43% or $1196 to $10,826. The high price extended to $10,944.23. The low price was down at $9850.41
For bank trade ideas, check out eFX Plus