The USDJPY is moving to new session lows after the weaker than expected US retail sales for April. Later today, estimates for Q2 growth will be revised lower as a result. 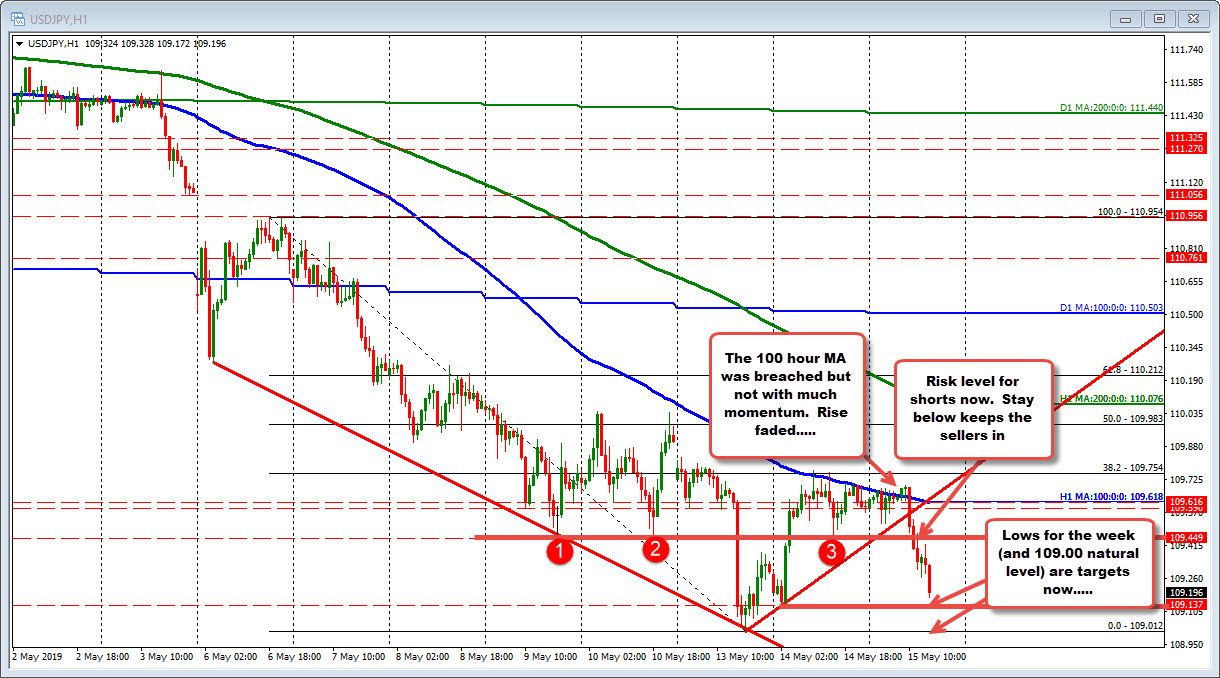 The pair is moving to test the lows from yesterday and Monday at 109.137 and 109.01. Breaks below are the next targets for the bears.  Earlier today, the pair tried to edge above the 100 hour MA, but could not really get too far. In the London morning session, price action started to trade below the 109.44-46 area (lows from May 9, 10 and was a swing low from yesterday).  That is a risk level for shorts now.  We currently trade at 109.19.
On the daily chart, the 50% of the move up from the January flash crash comes in at 108.63.  THat would be a target on the break of the 109.00 level. The USDJPY has a rare gap from the weekend gap on the Pres Trump 25% tariff threat (which came to fruition) 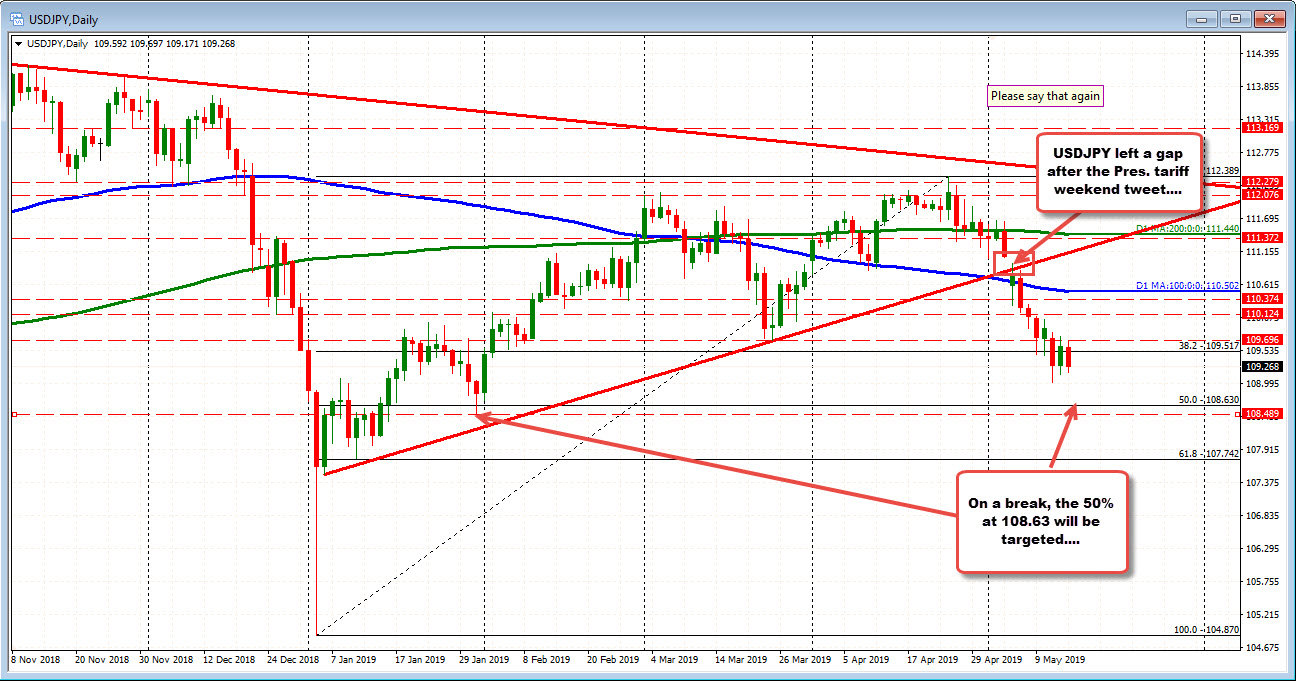 The JPY crosses are also under more pressure with the GBPJPY trading to the lowest levels since January 17th. It moves toward the 50% retracement of the move up from the January flash crash low (from Bloomberg) which comes at 140.29. THe low just reached 140.36. See Adam's post on the farce in the UK politics again. 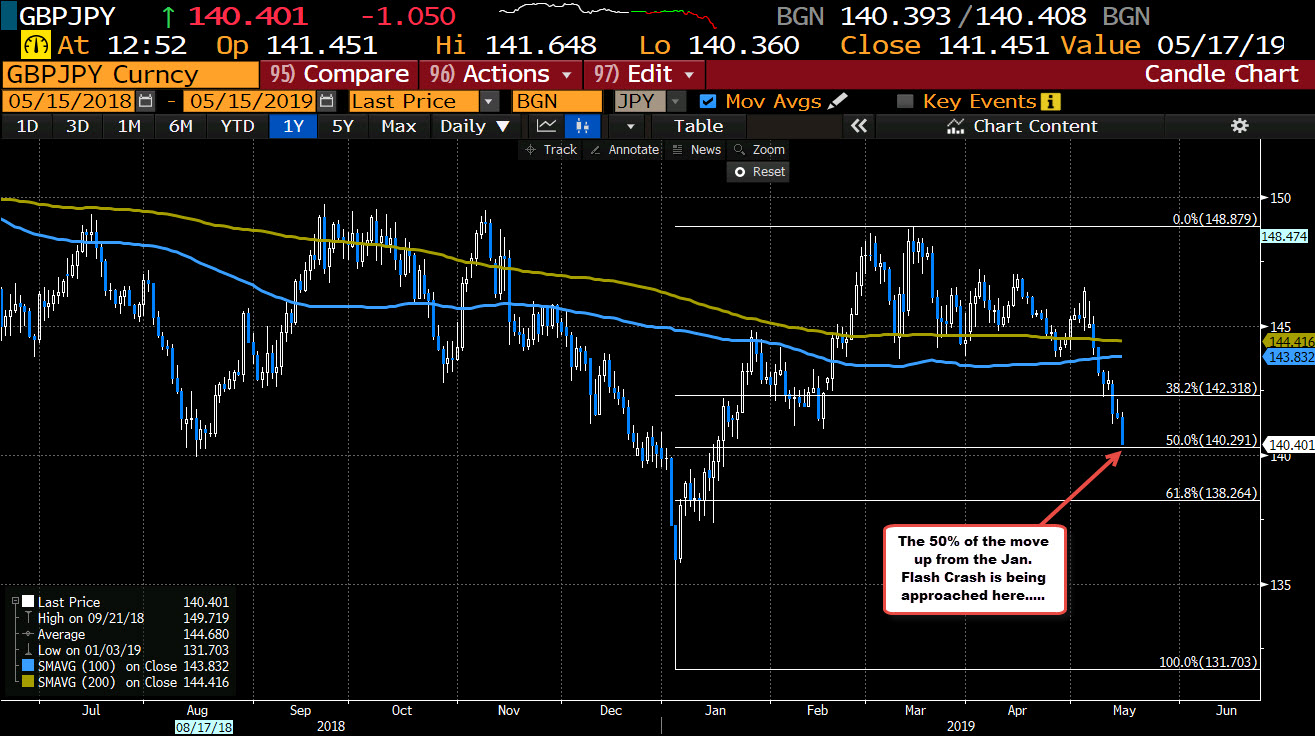