All eyes on Kuroda after BOJ trims inflation forecasts

How will Kuroda address markets following the change? 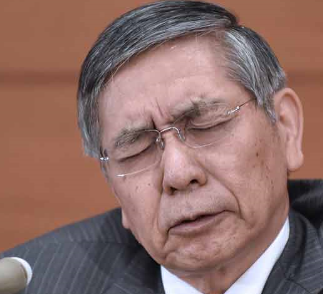 ForexLive
It shouldn't be a surprise to many that the BOJ is facing struggles with inflation and the fact that they won't meet the 2% inflation target by fiscal year 2019. But regardless, it's always painful to acknowledge that and even more so when you have to dial it down a notch as things aren't going your way.
That's what Kuroda and the BOJ are facing right now. The fact is that their policies aren't doing enough to stimulate inflation in the country may call for some serious rethinking and reconsideration at this point. They moved to trim their inflation forecasts earlier here and that's not a sign of a central bank looking confident to normalise monetary policy in the years ahead.
In addition to that, the BOJ also added a warning to monitor developments in banks as they worry that their low interest rates is starting to hurt profitability of financial institutions'; although they did dismiss it by saying that the risks are 'not significant' at this point in time.
Kuroda should be up and speaking any time within the next half hour and I would expect him to maintain the same tones previously while playing down the latest inflation forecast change. He will want to keep a calm and confident facade that Japan will be able to win its battle against deflation and move towards the 2% inflation target during his tenure.
And you can't blame him for doing so. It's his job to respond that way, even if deep down he knows that he is facing an unwinnable battle.