AUD this low "not justified" - 2 reasons why

Scanning some morning notes, this from the National Australia Bank on the Australian dollar:

And also, via CBA, comments on the RBA:
and CBA see it falling further, thus:
CBA referring to the RBA as dogmatic due to the central bank repeatedly insisting the conditions for a rate rise will not be in place until 2024 at the earliest. ANZ and WPAC have both forecast rate hikes before then:
HSBC is not sure though: 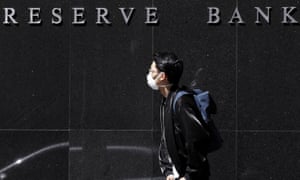