The upcoming ECB review may reset the inflation aim to 2%

This according to Bloomberg, citing officials with knowledge of the matter.
The report says that policymakers at the ECB expect to tweak their inflation target but will struggle to go much further than that in terms of achieving a more radical change in measuring and achieving price stability. 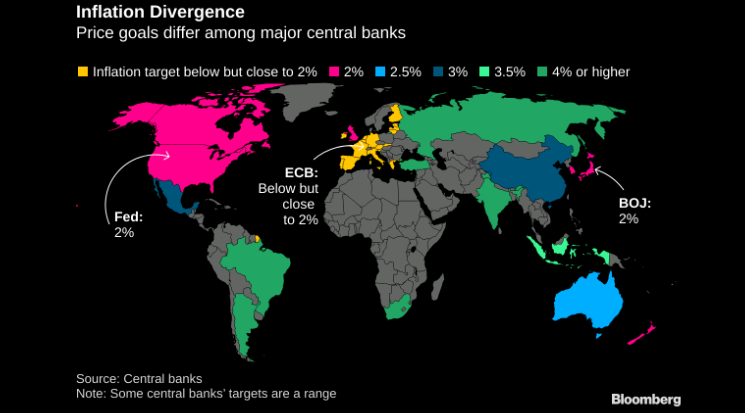 For some context, the ECB has been running on a mandate of getting inflation to "below, but close to 2%" instead of the traditional central bank aim of a set 2% level.
Expanding on the report, the sources say that the aim of the tweak is to remove any pressure to start tightening policy as soon as inflation moves north of 1.5% but ideally, it would also boost expectations (by creating an overshoot).
In a perfect world, we may see those type of responses - especially on inflation expectations - mentioned by the report but sadly we don't live in a perfect world.
The ECB has run their current experiment for the last 16 years but with the situation right now, I think trying to set an upper bound should be the least of their concerns. Though it may help to serve them a bit more good if the economy picks up in the future.
ForexLive