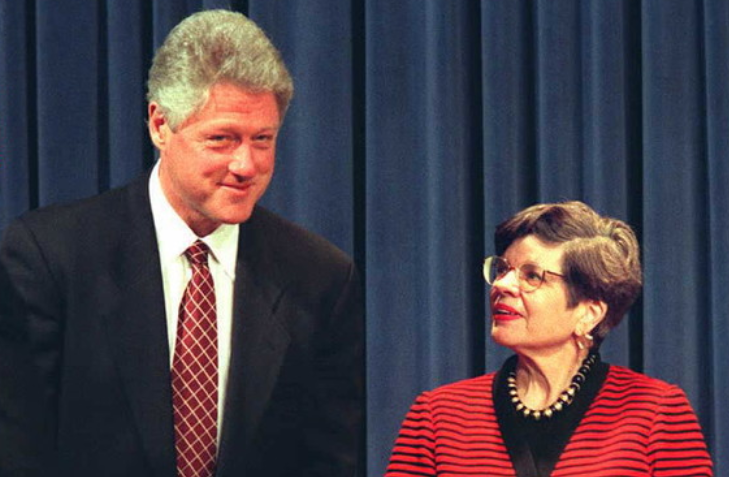 Deficit hawk Alice Rivlin died yesterday at her home, according to a statement from the Bookings Institution.
Rivlin was 88 and spent her entire career fighting to lower government deficits. She was appointed to the Fed in 1996 and stayed as Vice Chair until 1999.
She's best known as the founder of the Congressional Budget Office, which has been a solid check and balance on over-optimistic government forecasts. She was particularly critical of framing tax cuts as a way to boost investment.
In 2012, she highlighted how there was no easy way to slay the fiscal dragon:

Rivlin said the "basic structure" of a balanced deficit reduction
plan must involve both spending savings and revenue increases.

"You can't get there any other way," Rivlin said, referring to a
comprehensive deficit reduction plan.