The Monetary Authority of Singapore adjusts monetary policy for the country through currency control, not via interest rates. MAS guides the SGD a basket of currencies, it alters the pace of appreciation or depreciation by changing the slope, width and center of its currency band. MAS does not disclose details of the basket, the band or the pace of appreciation or depreciation.
The Bloomberg survey of analysts show 14 of 15 expect an unchanged decision. That is, the 3 settings of the currency band to remain unchanged. The analysts do expect a less dovish tone from the statement though.
MAS inflation forecast updates will be closely watched.
A tightening of policy is, at this stage, expected in April. Raising the slope of the currency band from its current zero-appreciation level would be a tightening move. Another way of tightening policy is to recentre the band (higher), which is a rare move from the MAS.
Weekly candles USD/SGD: 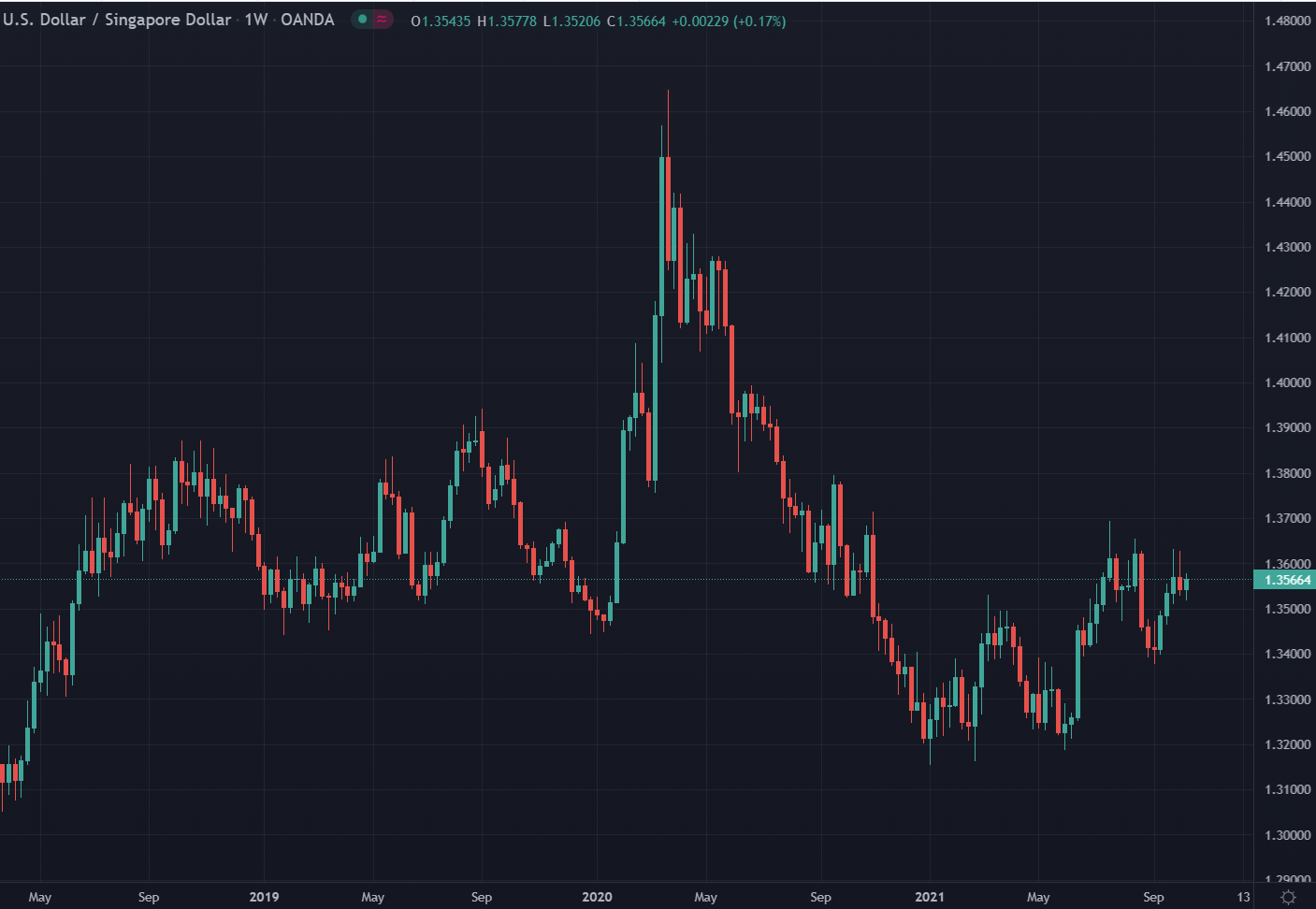